Podcast EP80: Kat Alioshin's Work on Some of the Biggest Stopmo Films of All Time

The talented producer, who’s worked on films like Coraline, The Nightmare Before Christmas, and Monkey Bone, talks about her career focused on bringing stop-motion projects to life. 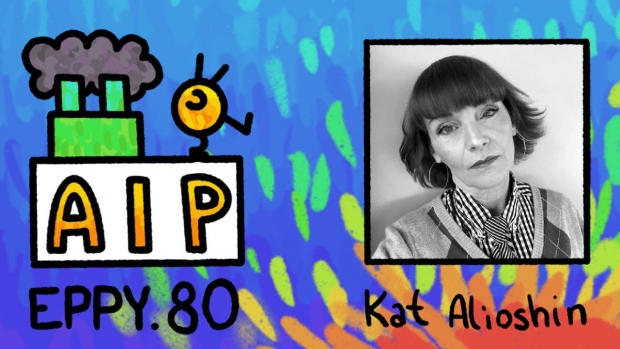 Take a moment to head over to Terry Ibele’s Animation Industry Podcast, home now to 80 in-depth interviews he’s done with a very cool selection of artists from animation and related industries. With a new podcast every week, Ibele is dedicated to sharing the stories of today’s animation professionals - how they got to where they are, and what they learned along the way.  Episodes cover all areas of the industry, including storyboarding, writing, animating, directing, visual development, game design, and more. Guests have included the notorious JJ Villard, Spike & Mike’s Spike Decker, Disney Director John Musker, Sony Lead Animator Humberto Rosa, Cuphead’s Tina Nowracki, Frederator’s Fred Seibert, Tumble Leaf’s Scarlet Nelson, and many others from major animation studios all over the world.

His most recent interview is Episode 80: Kat Alioshin's Journey in Producing Some of the Biggest Stop Mo Films of All Time

This episode features the talented producer Kat Alioshin, whose career has focused on bringing stop motion projects to life. She’s worked on Coraline, The Nightmare Before Christmas, and Monkey Bone to name a few. In this episode, Alioshin shares her career journey, as well as the number one way she’s made connections that pay off.

She’s also begun a Kickstarter for The Inventor, which she’s producing in collaboration with the writer from Ratatouille, Jim Capobianco, and Lion King producer, Don Hahn: https://www.kickstarter.com/projects/77077682/the-inventor