The Toronto studio’s co-founder and director shares how he quickly went from animator to director to starting his own award-winning company in 1997, and how he’s faced many ups and downs over the last two decades. 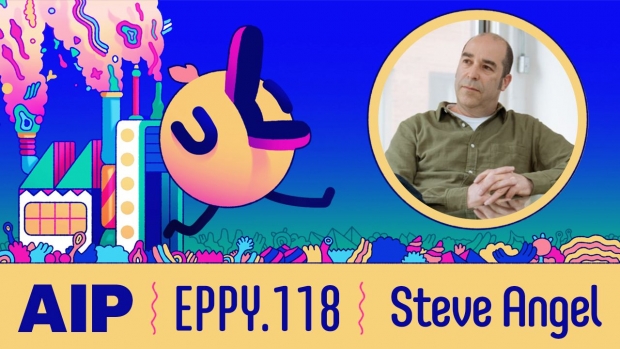 Take a moment to head over to Terry Ibele’s Animation Industry Podcast, home now to 118 in-depth interviews he’s done with a very cool selection of artists from animation and related industries. With a new podcast every week, Ibele is dedicated to sharing the stories of today’s animation professionals - how they got to where they are, and what they learned along the way.  Episodes cover all areas of the industry, including storyboarding, writing, animating, directing, visual development, game design, and more. Guests have included the notorious JJ Villard, Spike & Mike’s Spike Decker, Disney Director John Musker, Sony Lead Animator Humberto Rosa, Cuphead’s Tina Nowracki, Frederator’s Fred Seibert, Tumble Leaf’s Scarlet Nelson, and many others from major animation studios all over the world.

His most recent interview is Episode 118: Steve Angel on Running Headgear Animation Studio For 24 Years

This episode features the Co-founder and Director of Toronto-based Head Gear Animation. Since 1997, Head Gear has worked with world-class clients like Nestlé, Ikea, Kellogg's, and Sesame Workshop, and has garnered a long list of awards for their work in stop-motion, 2D, live-action, and puppetry. In this chat, Angel shares how he quickly went from animator, to director, to starting his own studio, and all the ups and downs he’s faced over the last two decades.

Tune in to Ibele and Angel to hear: