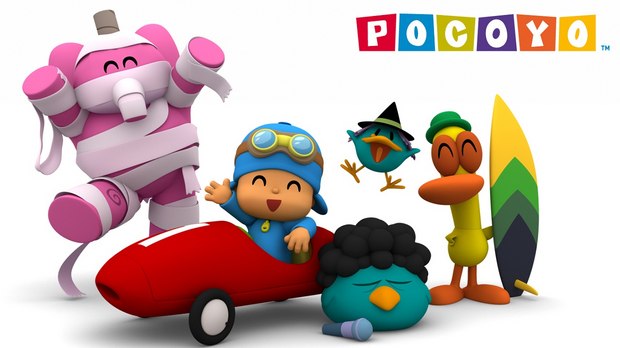 Global preschool sensation Pocoyo is debuting Season 4 exclusively on YouTube and YouTube Kids. This marks the first time ever that Pocoyo will be available to viewers first via the digital platform -- instead of broadcast -- across the world. The new season is available in English, Spanish and Portuguese.

Pocoyo, the curious fun-loving blue boy, and his friends Elly, Pato and Loula are ready to unveil the new and amazing adventures that await all kids around the world eager for fun and knowledge. The new season focuses on adventure and wonder, featuring exciting storylines that depict the most imaginative characters and situations. Viewers follow Pocoyo and his friends in the search for challenges, new friends and stories to learn. This season a new female character will be introduced and Pocoyo and the gang will visit a miniature world. And for the first time in the show Pocoyo will leave the white background environment and enter different exciting worlds.

“It’s been 10 years since we uploaded the first Pocoyo videos on YouTube,” said Alberto Delgado, CEO of Zinkia Entertainment. “In that time Pocoyo has developed a truly global fan, base so premiering the fourth season exclusively on YouTube and the YouTube Kids app seemed like the best way to celebrate such an exciting milestone.”

“YouTube Kids is excited to have a diverse range of quality programs that appeal to kids across the globe,” said Nadine Zylstra of YouTube Kids. “Season 4 of Pocoyo is truly a global show and will launch in English, Spanish (both neutral and Castillian) and Portuguese. With the YouTube Kids app now live in 26 countries around the world it is the perfect show for us and, we couldn’t be more thrilled to be the exclusive, global home of Pocoyo and all his (new!) friends.”