Oscar-winning animator Bill Plympton to attend the Los Angeles premiere of his new feature, Cheatin', on Friday, August 15, at the Downtown Independent Cinema. 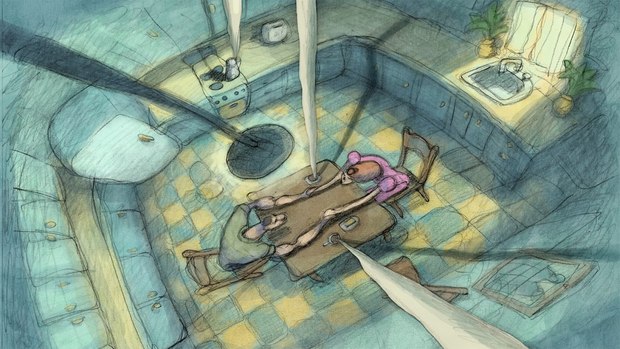 Here’s an event fans of hand-drawn animation won’t want to miss. Oscar-winning animator Bill Plympton has announced plans for the Los Angeles premiere of his new feature, Cheatin', which will take place on Friday, August 15, at the Downtown Independent Cinema, followed by a one-week theatrical run.

The hand-drawn feature will be accompanied by Plympton’s latest short film, Footprints, which had its debut at the HolllyShorts Film Festival in July. Plympton will be on hand for a Q&A as well as fan sketches and autograph signings, and there will be art and DVDs for sale. As if that’s not enough, Plympton will also be making appearances at the evening shows on opening weekend, August 15-17!

For showtimes and to buy tickets, visit http://www.brownpapertickets.com/event/804578