Collaboration with Americana musician Jackie Greene screens this week at Cannes and at an upcoming special event May 22 in Brooklyn. 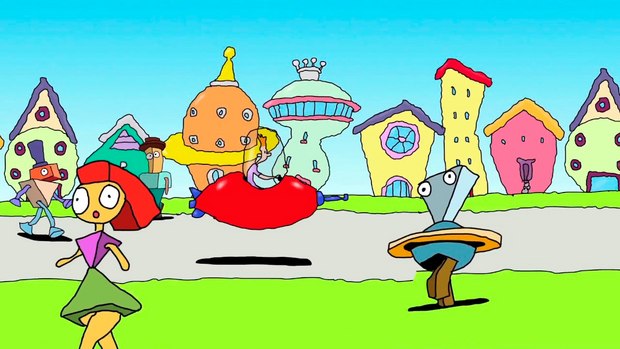 ‘The Modern Lives,’ animated by Bill Plympton and featuring the music of Jackie Greene, won the jury award at the USA Film Festival.

The animated short film The Modern Lives, directed by indie animation icon Bill Plympton and based on the music of Jackie Greene, has earned the Jury Award at the USA Film Festival in Dallas.

The Modern Lives soundtrack is by Greene, whose music showcases Plympton's hand-drawn animation and touches on adult themes, relationships and sexuality with a healthy dose of psychedelia. The Modern Lives takes viewers through an alien-invaded Times Square to the roots of the American South through Greene's handcrafted music and his 2017 EP The Modern Lives -- Vol. 1 (Blue Rose Music).

The Modern Lives also picked up a Gold Remi Award at WorldFest in Houston. To date, it has been presented at Anima Festival 2018 in Belgium, Stuttgart Trickfilm International in Germany, and Arizona International Film Festival in Tucson, Ariz.

'The Modern Lives' will screen this week at Cannes Court Metrage at the 71st Festival de Cannes. Additional festival screenings are scheduled for the ASIFA-East Festival in New York starting May 20, and the Melbourne International Animation Festival in Australia in June. There will also be a theater screening on May 22 followed by a Q&A with Bill Plympton at the Nitehawk Cinema in Brooklyn that is open to the public. More details and advance tickets are available here.