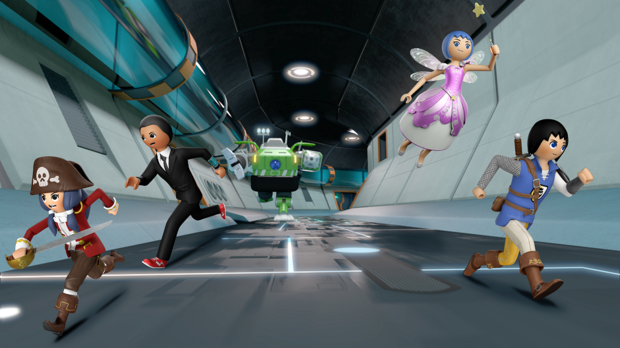 “Playmobil is a brand that translates to fun in all languages and in all cultures,” said Philippe Soutter, president and co-founder of PGS Entertainment. “Cartoon Network is a great partner to us and this series is a perfect fit for their kids 5 to 9-year-old audience.”

Super 4 is a comedy-adventure series produced in CGI native 3D that features four key characters: Alex the Knight, Ruby the Pirate, Agent Gene, Twinkle the Fairy.  Together, they travel through five extraordinary islands: Technopolis, Kingsland, Enchanted Island, Gunpowder Island and a Lost World. They move through their mutli-transformable vehicle, Chameleon. Each episode is an incredible challenge. This series marks the first time the 40-year-old children’s brand has come to television.

“Playmobil is a kid-friendly, parent-approved brand that’s been around for three generations,” said Cecilia Padula, Content Director, Cartoon Network, Italy.  “The charm and imagination of the toyline has been beautifully translated to this series by Method and morgen. We think our viewers will be thrilled to see Playmobil’s world set in motion.”