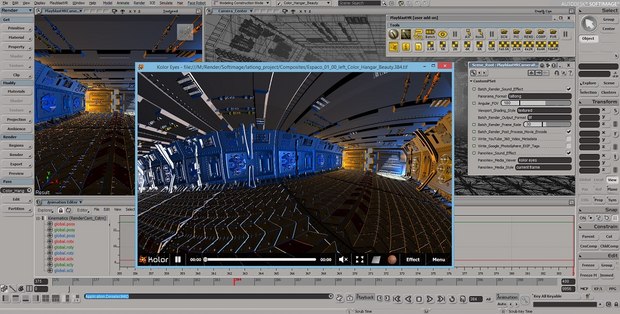 PlayblastVR previz renderings can save time and money because hardware based panoramic renderings make better use of the artist’s time. Using PlayblastVR also frees up rendering nodes from having to use a slower software based production renderer to output your animation test renderings into a panoramic format.

Max Crow, Creative Supervisor at NSC Creative in the UK had this to say about the toolset, "I can assure you PlayblastVR is the VR tool for Softimage you have always wanted!"

The PlayblastVR for Softimage renderer is now available starting at $249 USD. More information is available here.