Popular kids’ animated edutainment STEM series is being shown in over 90 territories, garnering over 15 billion views on VOD platforms. 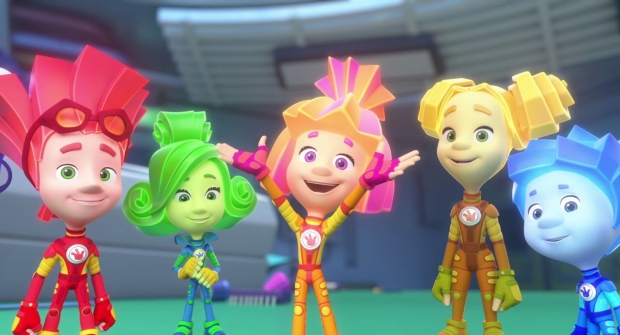 PlayBig has announced a deal with Educational Broadcasting System (EBS) in South Korea which will see Seasons 1 - 6 of The Fixies debut on channels EBS1 & EBS2. The popular kids’ “edutainment” CG animated series, which is owned and managed by Riki Group and produced by Aeroplane Productions, just completed production on Season 6.  Previous seasons have been picked up in over 90 territories and have totaled over 15 billion views on VOD platforms worldwide.

“We are delighted to partner with Aeroplane & the Riki Group for the international distribution of The Fixies,” commented PlayBig managing director, Frédéric Puech. “This hugely entertaining edutainment STEM series has already been a hit in its home market and has achieved massive international reach which is reflected in the agreements we have already secured in major territories around the world.”

“We are delighted to have acquired The Fixies; the series is performing strongly in Korea, and our young audiences find the show both interesting and educational,” added EBS acquisition manager, Li-Yeon Lee.

The Fixies series follows the comical misadventures of Tom Thomas and his secret friendship with Simka and Nolik, two young Fixies who live in his apartment, and their Fixie schoolmates Fire, Digit, Toola and Verda. There is no end to the troubles Tom Thomas gets himself into with all the gadgets and appliances around him! Luckily, the Fixies have the smarts, skills, and tools they need to figure out a problem and solve it.