Platige Sets Up Shop in SoCal 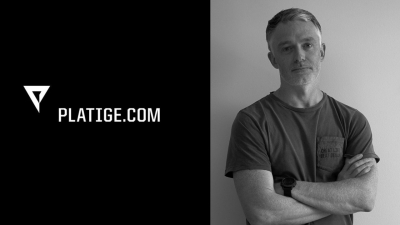 European VFX and animation studio Platige has set up shop in Manhattan Beach under the leadership of VFX veterans executive producer Aurelien Simon and creative director/VFX supervisor Gawain Liddiard, both hailing from VFX house The Mill. The studio’s new U.S. operations is settling into its So-Cal campus as it recruits additional creative talent and builds its list of agency and feature credits. Among its recent jobs is a spot for Beautyrest out of New York agency Badger, directed by the Academy Award-winning cinematographer Janusz Kamiński.

“Platige is one of the strongest companies in the visual effects business,” noted Simon. “While we may not be the most recognized name here, VFX insiders, artists, and producers are familiar with our work and aware of our reputation. And that gives Platige quite a lot to build on.”

Commented Karol Żbikowski, Global CEO of Platige, “With all of the viewing and content offerings available now across the internet and various streaming channels and platforms, there’s never been a better time for ad agencies, brands, and producers to partner with Platige. Aurelien and Gawain know the marketplace, they know the talent and they’re familiar with the landscape. They’re perfectly positioned to grow the Platige brand in the US.”

Platige is known in Europe for its work on the popular Netflix series The Witcher. Its roster of feature credits includes Oscar-nominated films, and its commercials clients include Samsung, L’Oréal, Pepsi, Gillette, Burberry, Huawei, and McDonald’s. It’s also known for its trailers and cinematics for video games like Call of Duty and Resident Evil.

Simon and Liddiard liken the Platige brand to a secret weapon for clients in the US.

“We’re not a boutique by any stretch,” said Liddiard, citing the studio’s force of over 300 artists, producers, and technologists. “We have a tremendous legacy of creative and technical excellence, along with the awards like Oscar nominations and BAFTA wins to back it up.”

“We knew that while our name is not as familiar to producers or agencies here as some of the US or UK giants, that there’s always an interest in working with studios that have track records of delivering great work,” Liddiard added. “And that’s Platige in a nutshell.”

Simon expects to take on a mix of entertainment and advertising assignments, with some additional special projects thrown in. He points out a significant difference in Platige’s pipeline versus other international VFX studios regarding how global teams are assigned projects.

“Platige offers a globally distributed production team, rather than keeping each studio separate,” explains Simon. “We’re adapting our processes to this new globalized landscape. The way we approach jobs is to identify the best artists for each individual project, regardless of where they are physically. And so, we have our productions spread across different time zones, which not only helps in terms of the workflow but also, it’s respectful of our people and their time. We take great pains to not subject our staff to the usual nights and weekends so typical of VFX work. And for our clients, we find that the process is faster and more responsive.”

The studio’s leadership expressed expectations of expanding into various genres, from theme parks to experiential installations to virtual production.

“The capabilities of our teams, both here in the US and at our offices in Europe and Japan, is truly impressive,” notes Simon. “We’re doing everything from rendering commercials using game engines to partnering with major broadcasters to provide them with virtual sets. There really isn’t anything we can’t execute."

He adds, “We’re here to tell them that we have the same level of quality, without some of the baggage of the bigger studios. We have a great value proposition that allows us to stay focused on the creative and on making the best images possible.”

“What Gawain says is really important,” concludes Simon. “We’re a real force, with lots of muscle that can compete with the best-known names in the effects and animation space. Getting a sense of our scale will take time, but once people realize what we offer, they’re really going to come around.”