The studio produced around 170 VFX shots on the hit Netflix series, including key Episode 6 fiery battles and an Episode 8 character disintegration scene. 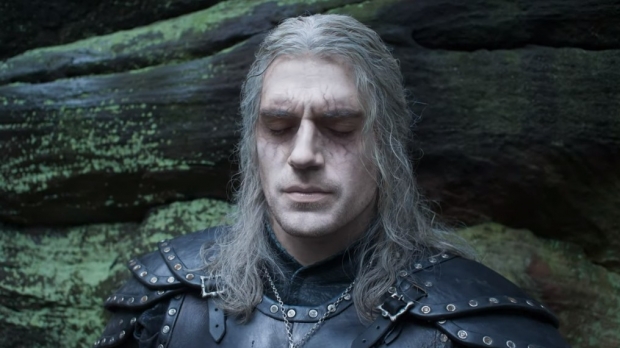 Season 2 of The Witcher proved to be one of Netflix’s biggest hits, ranking among its Most Popular English-language series with 484 million hours viewed in its first 28 days. The fantasy adventure starring Henry Cavill also took home two BAFTA Awards. Platige Image has released a VFX reel of their work from the show’s second season, with Michał Niewiara and Mateusz Tokarz also sharing how some of the work was produced.

The Polish creators were heavily involved in the visual effects creation on every episode of Season 2. To start, fans should recognize the unique openings that subtly allude to the main theme of each episode. They were designed by Niewiara, director & art director at Platige.

Platige was also responsible for making the Witcher’s magic effects look as realistic as possible. Development involved using references from nature, including fire, water, tornados, atmospheric discharges, and mirages created by hot air bending light above a road. A good example of this approach is one of the Witcher’s magic portals – a blend of liquid surfaces and spiral clouds often seen in satellite imagery. The VFX works began in the pre-production phase, although most of the work couldn’t be done before the final completion of the live-action shoot.

“We didn't want to imitate the game; we wanted the effects to have a cinematic quality,” said Tokarz, the studio’s lead VFX supervisor on the show. “What fits well with gaming aesthetics doesn’t always look good on a TV screen. When it comes to inspiration, the descriptions in the books were definitely the main source. Our discussions with the showrunner and the Netflix production supervisor were also crucial. From the very start, both we and the production side wanted to create visual effects inspired by physical phenomena – lightning discharges, clouds, the appearance of galaxies, etc. Each of these elements had to be consistent with the book and, in a sense, reflect the author’s intention for the saga.” While Niewiara was consulting on lore and helping to ensure that the scripts were consistent with the source material, an entire team of Platige specialists were responsible for particular stages of the production. Key stand-out sequences the produced include the fire effects in Episode 6, and the disintegration scene from Episode 8. In addition, Platige created numerous fight scenes.

Particularly noteworthy is the final episode, in which all the characters disintegrate in Ciri’s vision. Characters appearing on the screen were recreated in 3D and then assembled, following the footage recorded by the cameras. Equally challenging were all the fire effects which accumulated in Rience’s fights in Episode 6. “The Witcher’s magic effects are a hallmark of the Platige studio,” added Krzysztof Krok, Platige VFX producer. “The visuals are dominated by sequences based on fire animations. Other VFX that we created include the changes in the appearance of the Witcher after taking the magic potions.”

In total, Platige produced around 170 visual effects shots for Season 2, which is currently streaming on Netflix.