Polish creative studio Platige Image forges an inspirational teaser for the History Channel’s powerful original series that transports viewers to the brutal and mysterious world of the Vikings. 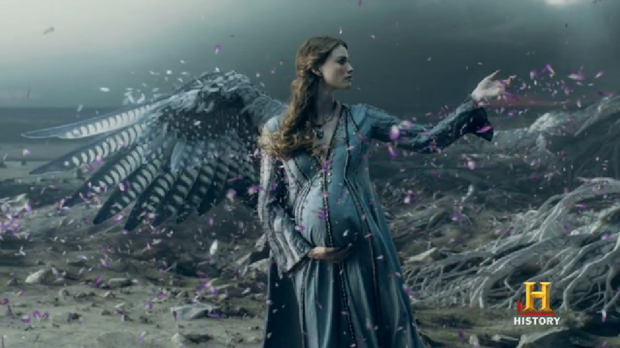 Once again, Polish creative studio Platige Image forged an inspirational teaser for the History Channel’s powerful original series that transports the audience to the brutal and mysterious world of the Vikings. This time, the spot is immersed in Norse mythology and symbolism, but unlike last year’s logo reveal it is live action complemented by CGI. The visually productive force was led by Tomek Baginski and art was directed by Maciej Jackiewicz.

This time, we had to have a shoot with actors and the thing that absolutely swept me off my feet was mere logistics,” says director Tomek Baginski. “The promo shoot had to be completed on two consecutive Saturdays during the break on the series set. All marketing materials were shot at the same time, so we only had each actor for an hour. That meant an incredible focus and required absolute precision. 15 minute delay on our side would mean an undoable damage to the whole timing. We had to be efficient and shoot on time all the footage we needed not only for the promotional spot, but also for History’s marketing. To be accurate, the promo was just the tip on the iceberg.”

Unlike the season 1 title reveal, which focused on introducing the audience to different aspects of Viking culture, for the season 2 promo, Platige’s artists brought to life a dramatic and intriguing scene created by History creative team, that reveals the key symbols related to each character’s unique personality or to the event they are about to be involved in.

A song ‘Glory and Gore’ by Grammy-nominated Artist Lorde is used as the anthem,” Bagiński adds. “Perfectly matched words and picture lift the curtain of Ragnar's brood story on.”

Two-minute promo premiered at the beginning of February and undoubtedly is one of the most powerful and eye catching TV series promos of this year.