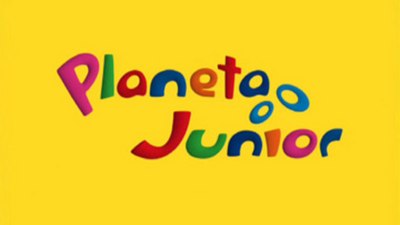 Barcelona -- Planeta Junior and DreamWorks Animation have agreed to an extensive multi-year television output agreement across Italy, Spain, Portugal, Greece and Turkey. Effective immediately, the TV output deal includes more than 1100 programming half-hours and provides a supply of high-quality animated series to Planeta Junior’s various business areas from the studio responsible for the Shrek, Madagascar, Kung Fu Panda and How to Train Your Dragon franchises.

The deal encompasses series in production under the studio’s previously announced agreement with Netflix as well as the DreamWorks Classics library, representing some of the most popular animation produced in the last 50 years with such titles as George of the Jungle and Casper the Friendly Ghost.  Planeta Junior (headquartered in Barcelona) is part of Grupo Planeta and Gruppo DeAgostini, which are leading European media groups with holdings in top TV  channels  including Antena 3, NeoxKidz, DeAKids and Super!,  as well as in publishing and education companies throughout Europe.

The agreement further appoints Planeta Junior as DreamWorks Animation’s licensing agent for consumer products throughout the above mentioned territories as well as in Central and Eastern European countries for both feature films and new TV properties. Existing agents will remain in place for the next 18 months on How to Train Your Dragon 2 movie and TV series 1 and 2. This continues the Studio’s international expansion in the areas of licensing and merchandise.

Michael Bannett, CEO of Planeta DeAgostini, parent company of Planeta Junior, comments: “We are very excited to work with DreamWorks Animation and establish their properties as the leaders in our markets. The DreamWorks portfolio is currently the best in the world and this breakthrough deal represents one of the largest commitments ever made by our company in TV content and licensing.”

Eric Ellenbogen, Co-Head of DreamWorks Classics, who lead the transaction for the Studio added: “We’re really pleased to enter into this agreement with Planeta Junior, assuring that audiences across Spain, Italy and the Mediterranean will enjoy our characters for years to come.  This and other recent international output agreements secure some of the world’s leading telecast platforms for DreamWorks Animation’s TV production slate and its extensive program library.”

Ignacio Segura, Planeta Junior’s General Manager, added: “It is our aim to collaborate with leading licensors and producers, and the DreamWorks portfolio boasts some of the most beloved and recognized properties in the world today. We’re extremely enthusiastic about this collaboration, which will undoubtedly lead to great opportunities for Diego Ibáñez and his team and consolidate our leading position throughout the territories in which Planeta Junior operates."

DreamWorks Animation’s Head of International Consumer Products Jonathan Baker adds, “This exciting new alliance with Planeta Junior represents a significant franchise building opportunity as DreamWorks extends its vision as a global entertainment brand.  From a consumer products standpoint, we will be taking DreamWorks Animation licensing programs to new heights, offering families and audiences unparalleled levels of merchandise for our most beloved characters and franchises.”