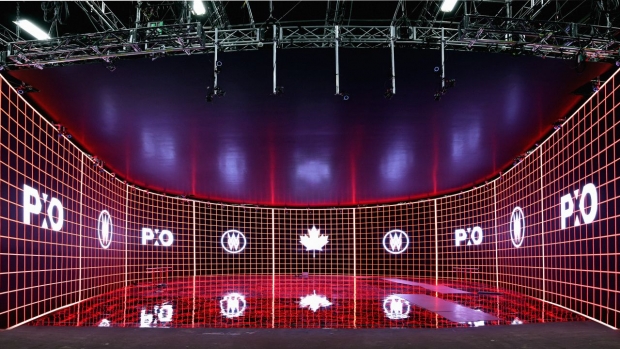 Oscar-winning VFX company Pixomondo (PXO) has joined forces with Canada-based TV & Film equipment rental business, William F. White International (WFW), to build LED volumes across Canada. Under the new arrangement, WFW and PXO will co-rent LED volume equipment, with two new stages already under joint construction in Vancouver and Toronto. Several other new sites across Canada will follow in 2022. The projects are proceeding with a combined initial capital commitment of more than $30 million.

The high demand for virtual production shoots, coupled with strong bookings at Toronto’s first LED Volume in the city’s West End, prompted the company’s long-term work arrangement for all of Canada.

The second Toronto stage will be completed in July 2021, and is designed for shorter-term bookings and projects with quick turnaround times. It will be based at Studio City’s recently completed development at the east end of the city's downtown core, minutes away from PXO’s Toronto office at Revival Studios and close to WFW’s Toronto office and Pinewood Studios.

The new Vancouver stage, which will be the largest build of the three sites to date, is under construction at an undisclosed location and is scheduled for completion in September 2021.

As with the first Toronto stage, the two new volumes will be operated by on-set PXO personnel for all productions, including those using the company’s 3D environment creation services. PXO and WFW have designed and will build the volumes in close collaboration with their technology partners Brompton Technology, Epic Games, Lenovo, NVIDIA, and ROE Visual.

“We are absolutely delighted to be able to formalize our collaboration with WFW and their unassailable track record in film and TV equipment rental and studio property management,” commented PXO CEO Jonny Slow. “Combined with PXO’s award winning VFX offering, and a game changing capital commitment from both parties, we are excited to confirm additional virtual production investment into Canada and into these state-of-the-art physical production techniques.”

“As leaders in our respective industries, our two companies are such a natural fit when it comes to providing a full-service client experience that is truly unmatched in the world of virtual production,” noted WFW executive vice president/chief operating officer Garin Josey. “This next phase we’re embarking on together has the potential to radically change the production process. These LED volumes in Vancouver and Toronto are only a preview of what’s to come.”

“Over the past few months, we’ve been building a fantastic relationship with Jonny and the team at PXO and we’re eagerly anticipating a bright future together,” added WFW vice president, business development, Rick Perotto. “Our local offices in Vancouver and Toronto will provide virtual production clients with access to a world-class selection of production equipment to support their every need.”