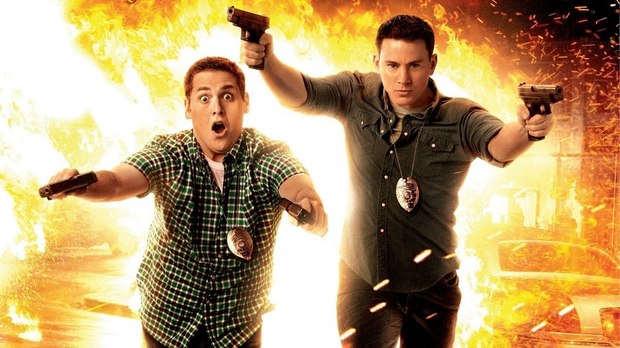 Directed by Phil Lord and Chris Miller, this action comedy has a similar plot to its predecessor whereby Officers Schmidt (starring Jonah Hill) and Jenko (Channing Tatum) go undercover at a local college to crack a drug ring under the supervision of Captain Dickson (Ice Cube). Raymond McIntyre Jr. of Pixel Magic was called upon for 2nd Unit VFX Supervision supporting Edwin Rivera, the overall VFX Supervisor for the production. The Pixel Magic team was tapped to create all of the visual effects for the establishing action scene of the Metro City Port, and many other shots in various scenes throughout the movie. CG elements were created for many shots on Metro City Port, such as the CG gantry crane and CG netting that tangles up the heroes, CG windshield cracks on the 18 wheeler truck, and CG octopus tentacles.

Later in the movie, for spring break in Puerto Mexico, Pixel Magic created thousands of CG beach goers for the beach party. Along with the CG, Pixel Magic did numerous green screen composites and many complex rig removals. The company completed a major portion of the work for 22 Jump Street in its Louisiana facility, and production management and client reviews in its Los Angeles offices.

In addition to 22 Jump Street, Pixel Magic recently completed 150 shots of CG & green screen crowds for When the Game Stands Tall, a Mandalay Pictures production. They are now working on My All American for Anthem Productions, Barely Lethal for RKO Pictures, and Hallmark's Big Sky.