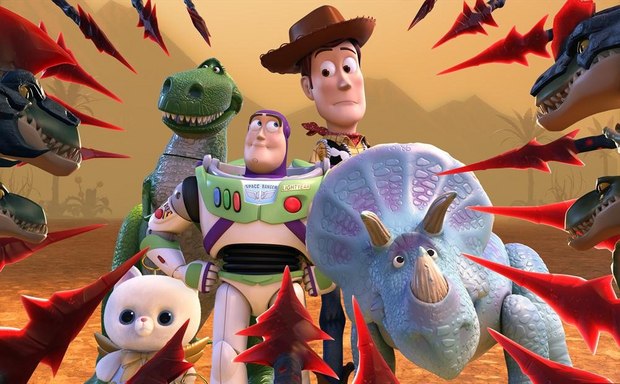 A World Premiere Holiday Event featuring your favorite characters from the Toy Story films, the special comes on the heels of the success of Toy Story OF TERROR!, which premiered to stellar ratings in October 2013.

During a post-Christmas play date, the Toy Story gang find themselves in uncharted territory when the coolest set of action figures ever turn out to be dangerously delusional. It's all up to Trixie, the triceratops, if the gang hopes to return to Bonnie's room in this Toy Story That Time Forgot.

Toy Story That Time Forgot is produced by Galyn Susman and directed by Steve Purcell. The special is from Pixar Animation Studios.