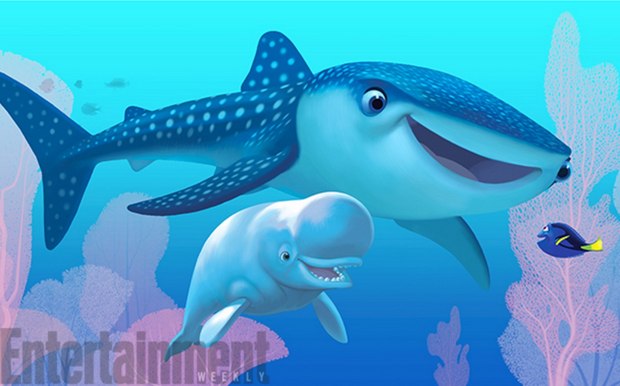 Set six months after the first film ends, Finding Dory sees Dory on a mission to find her long-lost parents. Along the way, she visits the rehabilitation center at marine life facility where she meets Ty Burrell’s snub-nosed beluga whale, Bailey, and his pal Destiny, a sweet whale shark voiced by It’s Always Sunny in Philadelphia actress Kaitlin Olson.

Together, the offbeat duo -- seen in the above concept art for the first time via Entertainment Weekly -- play an important role in reuniting Dory with her loved ones. (But only if they can manage to get along first!)

“We totally get on each other’s nerves,” Olson reveals to EW. “I like to think I’m a shark, but Bailey calls me a whale, and I make fun of his head, because it’s gigantic.”