The follow-up to 2003’s Oscar-winning ‘Finding Nemo’ is to be set in the fictional Marine Biology Institute of California. 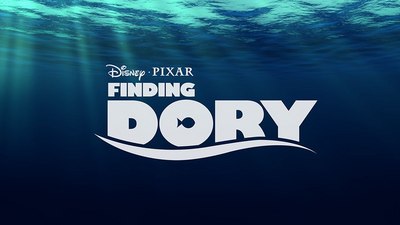 Pixar has two original films heading to theaters next year – Inside Out and The Good Dinosaur, marking the first time that Pixar will release two feature films in the same year. In 2016, though, the animation studio is set to release a sequel, the follow-up to 2003’s Oscar-winning Finding Nemo, called Finding Dory.

At the Comic Con Experience (CCXP), held in Brazil over this past weekend, Pixar president Jim Morris shared some more information about Finding Dory‘s story. Portuguese news outlet Omelete reports (via Comic Book Movie) that while the film undoubtedly will take place in the ocean, the main portion of Finding Dory is set in the fictional Marine Biology Institute of California.

Morris discussed the film’s plot, which takes place several months after the first movie. Dory is living with Marlin (Albert Brooks) and Nemo (Alexander Gould) on their reef; she goes with Nemo on a school trip. On the trip, memories are triggered, and they begin an adventure that will lead her to her family.

In the film, Dory learns she actually came from the Institute and was later released in the ocean. By setting the story at the Marine Biology Institute, the door is opened for a ton of new characters. There are Dory’s parents Charlie and Jenny, voiced by Eugene Levy and Diane Keaton, as well as a funny beluga whale, Bailey, voiced by Ty Burrell. Idris Elba and Domenic West of The Wire are set to provide their voices as well, with Morris also confirming the addition of an octopus and sea lions.