First short film from the studio’s Sparkshorts experimental storytelling initiative is directed by Kristen Lester and produced by Gillian Libbert-Duncan. 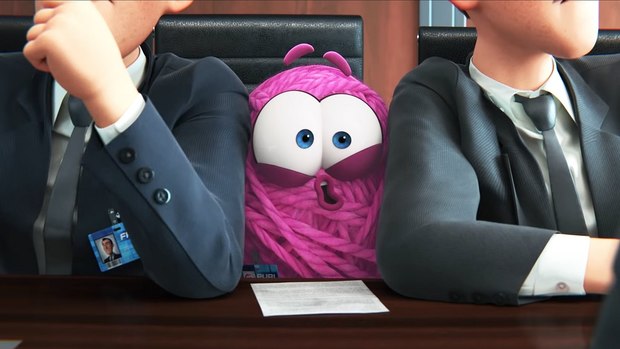 Pixar Animation Studios kicked off its experimental storytelling initiative, SparkShorts, on Monday with the online release of Purl.

Directed by Kristen Lester and produced by Gillian Libbert-Duncan, the 3D computer animated short film is the first to emerge from the program, which was designed to discover new storytellers, explore new storytelling techniques, and experiment with new production workflows.

Set in the high-powered world of B.R.O capital, Purl follows its titular central character as she goes to work in a male-dominated office and finds herself struggling to fit in. A story centered around themes of belonging and understanding, Purl is left with a tough decision -- change her ways to fit in, or carry on being herself and face a life of loneliness and isolation at work:

“It’s based on my experience being in animation,” Lester comments in a Meet the Filmmakers video. “My first job, I was like the only woman in the room and so in order to do the thing that I loved, I sort of became one of the guys. Then, I came to Pixar and I started to work on teams with women for the first time and that actually made me realize how much of the female aspect of myself I had sort of buried and left behind.”

Pixar also released a behind-the-scenes video that delves into the making of Purl:

Many of you noticed that #Purl was animated on 2s and 3s, while the Bros were always animated on 1s! More than just being a yarn ball, we thought that if Purl’s motion was different from the Bros, that would make her even more of an outsider visually. #Pixar #SparkShorts pic.twitter.com/vnRmcTDPKw

Purl, alongside Smash and Grab and Kitbull -- the first three shorts to emerge from the program -- is currently screening in an exclusive one-week run at the El Capitan Theatre in Hollywood. Smash and Grab debuts online on February 11, and Kitbull debuts on February 18. These first three shorts, along with the rest of the projects in the SparkShorts program, will also be available for viewing on Disney+ when the streaming service launches in late 2019.