How Walt Disney Imagineering and Pixar pulled off the new Pixar Pier at California Adventure Park. 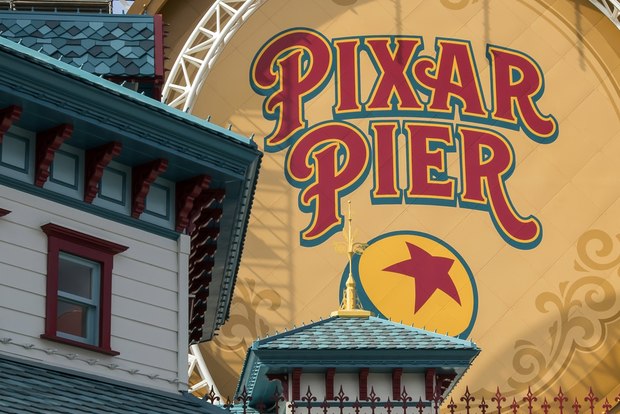 “Over a year ago, California Screamin’ was scheduled for its regular rehab, and they thought about the possibilities of doing a temporary overlay to coincide with the release of Incredibles 2,” said Roger Gould, creative director of Pixar’s Theme Parks group. “So we put together a presentation, and they liked it so much that it became a permanent makeover. Then they realized that the Pier in California Adventure didn’t have a personality, and so we stood back and came up with the notion of creating a series of Pixar-themed neighborhoods that could take us into different stories, and that became the framework.”

As the thrill-ride centerpiece, the Incredicoaster has Jack-Jack vanishing from Edna Mode’s not so watchful eye and creating chaos along the track, with his family springing into action to save the day. Each of the tunnels becomes a particular show scene, with collaborative help from the Incredibles 2 team, including production designer Ralph Eggleston and composer Michael Giacchino. There’s even two minutes of new animated vignettes inside the VIP inauguration lounge.

“He’s Goo Baby and he creates multiple Jack-Jacks through his multiplicity power, and, of course, he sets the tunnel on fire with his laser eyes,” added Debbie Gongalez, concept designer for Walt Disney Imagineering. “And, by the end, we have our giant baby Jack-Jack, who’s busted through the ceiling.”

The other significant makeover involved the Lamplight Lounge, with an entirely new pub-style menu along with the fan fave, lobster nachos. The seaside lounge celebrates the creativity of Pixar in a picturesque way.

“We wanted the Lamplight Lounge to feel like an old factory or warehouse space that was part of the original pier and is now where Pixar artists go to hang out after work,” said Gould. “So that became a place to celebrate all of the works.”

And who better to help them out than Harley Jessup, the production designer from Coco and Ratatouille? “Harley said that they wanted to make a film that was so authentic to the Mexico experience that Mexicans who saw it would find it so familiar, and he wanted this to feel the same for artists who come from Pixar,” Gould explained. “It was about our experience making the films, with research trip photographs and sketches on the walls and under coasters: a place to hang out after work, a place that feels like Pixar.” The Incredicoaster is the first ride-through attraction to boast the family of Supers.