Special previews of live rendering and a CPU + GPU solution accompany the announcement of RenderMan 21.5. 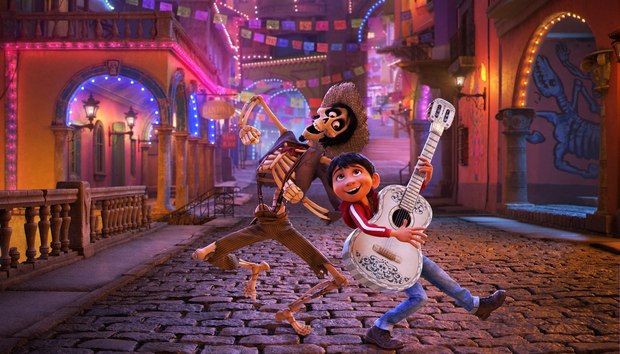 Presentations from Pixar at SIGGRAPH 2017 revealed how feature films such as Cars 3’ and ‘Coco’ (pictured above) drive enhancements to RenderMan’s core technology.

EMERYVILLE, CA -- Pixar Animation Studios gave a special preview of upcoming technologies at the 2017 RenderMan Art & Science Fair at this year’s SIGGRAPH Conference, including new interactive capabilities for RenderMan 22 and work on “XPU” rendering using CPU+GPU cores together. Demonstrations of RenderMan 21.5 showcased break-through technologies for rendering CGI characters, including state-of-the-art skin and hair developed for Pixar production. Presentations from Pixar and ILM revealed how feature films such as Cars 3, Coco, and Rogue One drive enhancements to RenderMan’s core technology.

“Artists here at MPC were able to use RenderMan to push the boundaries of complexity and realism in films like The Jungle Book,” said Damien Fagnou, CTO at MPC Film. “These new 21.5 features are helping us crash through those boundaries again on the next generation of projects.”

“RenderMan 22 is looking phenomenal,” said Steve May, Pixar CTO. “The speed of creative iteration is critical to our artists. I am excited to see what they will do with a truly live, next-gen RenderMan in their hands. They will be able to refine artistic decisions faster and explore a wider range of possibilities while doing it. It’s a great example of RenderMan innovating around the needs of production and feeding new creative tools back to artists.”

RenderMan 21.5 is available for download today at renderman.pixar.com - Customers on annual maintenance can immediately begin using this major update. New purchases are $495 each for permanent licenses, with volume discounts and short-term loan options available. Researchers and non-commercial users can access Educational Grants and single-user Non-Commercial RenderMan, free of charge. Contact RenderMan Sales ‪rendermansales@pixar.com for more information or to receive a quote.