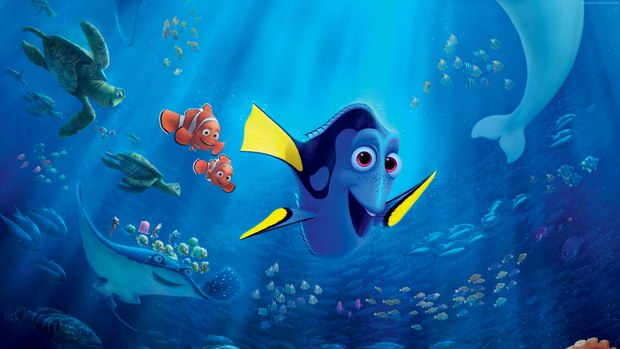 EMERYVILLE, CA -- Pixar Animation Studios has released version 21 of its Academy Award-winning RenderMan software. For the first time, RenderMan includes the same shaders and lights used at Pixar, providing artists with access to the same tools for lighting and look development used on Finding Dory and its accompanying short film Piper. Also new to the release is the Pixar Surface Collection, an expansive catalog of physically based materials and lights allowing artists to quickly create images of the highest levels of quality. RenderMan now comes fully loaded with all the creative options demanded by the shading artists at Pixar.

This latest release represents new advances in the RIS rendering framework which has been tested and proven in recent VFX films such as The Jungle Book and Star Wars: The Force Awakens, establishing RenderMan as the most advanced and versatile rendering platform available. A streamlined UI and GPU accelerated denoising are amongst many additional new features. Developed specifically for animation and VFX, RenderMan is expanding the creative horizons for storytelling while continuing to raise the bar in performance and quality. Increasingly more than a renderer, RenderMan is a complete shading and lighting ecosystem, more powerful and accessible than ever before.

“After the incredibly positive reception of MPC's first major movie release rendered in RIS: The Jungle Book, we are extremely excited about the many new features in RenderMan 21,” said Damien Fagnou, Chief Technology Officer, MPC Film. “With increased rendering performance, advanced materials & lights, and all around refinements, it continues to validate our choice as MPC's main renderer and it will be used on all our films going forward.”

“RenderMan's RIS is an amazingly powerful tool that enabled us to meet the technically challenging demands of Piper and achieve its distinctive show look,” said Brett Levin, Supervising Technical Director at Pixar. "We discovered on several occasions that a technique we thought previously infeasible, such as instancing millions of modeled refractive sand grains, or putting a thin layer of rippling water over much of our set, was now in reach and gave us the look we were after. Live re-rendering in particular saved us enormous amounts of time.”

RenderMan can be purchased by contacting rendermansales@pixar.com (link sends e-mail) or through an authorized reseller. Existing customers with a maintenance agreement are entitled to a free upgrade. RenderMan 21 will also become available free of charge at a later date to individuals for non-commercial use.