Offering advanced pitching techniques along with interactive sessions, the Pitch TV Bootcamp is set for April 15, at the 2015 NAB Show. 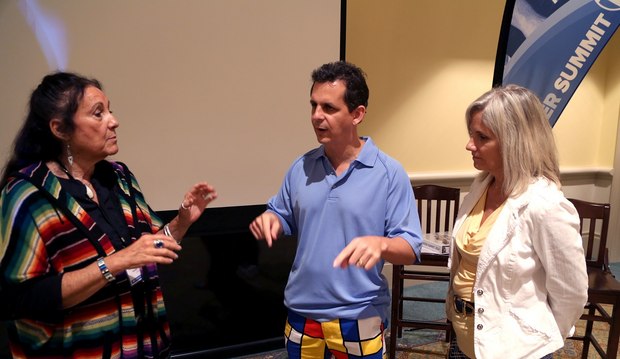 NAB Show is the foremost leader in production and content delivery. Now they also want to help their attendees how to pitch and sell their TV ideas so they have more need for equipment and production services.

Mark and Jeanne Simon, the founders of SellYourTVConceptNow.com, partnered with NAB Show to develop and launch this new pitching initiative with a half-day Pitch TV Bootcamp. The Bootcamp will discover advanced pitching techniques along with interactive sessions.

“NAB Show approached us to fill a gap in their show pitching and selling TV content,” Jeanne says. “We founded our company to give people all the info we wished we had when we got started. And now with the support of NAB Show, we can help even more people sell their TV ideas.”

“We have partnered with all the major TV conferences over the years,” Mark adds. “We’ve produced TV pitch events and deal with network executives throughout the year, so we know exactly how to approach them and what they want to see.”

SellYourTVConceptNow.com was founded after the Simons had success in selling multiple TV series, but found the road to that success was unnecessarily difficult. In addition to discovering the secrets to a successful pitch, a few lucky attendees will get the chance to practice their TV pitch live in front of the audience to the Simons.

“Mark has a gift that has to be seen to be believed,” says Jeanne. “He can hear any pitch, improve it and pitch it back in seconds. It’s exciting to see someone’s pitch get perfected instantly.”

To find out more about the Pitch TV Bootcamp on April 15, 2015 at NAB Show, visit www.NABShowPitch.com.