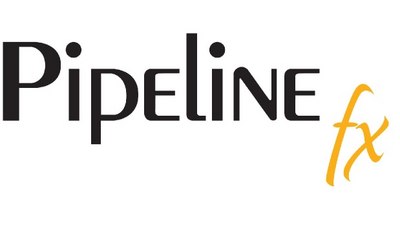 Los Angeles, CA -- This year at SIGGRAPH 2014, PipelineFX will focus on how studios can get to a future-ready render farm quicker. Through a Birds of a Feather panel that includes tech leads from Digital Domain and Digital District, as well as demos of the soon-to-be-released Qube! 6.6, PipelineFX will unlock how studios of every size can get there.

PipelineFX’s Birds of a Feather panel will target the strategic thinking around new technologies like the cloud, production tracking, review features, and middleware apps for asset management. Since an efficient render pipeline is critical to the success of any digital media organization working today, parsing through these topics with technology leaders will bring tangible insights. The panel will be held at the Vancouver Convention Centre in Room 3 at 10:30 a.m., Wednesday August 13, 2014.

To see render efficiency in action, visitors can stop by Booth #909 for a look at all the latest additions to Qube!. Demoed publicly for the first time, Qube! 6.6 increases the efficiency of render farm pipelines through new features such as Smart Share that promote faster throughput and Flight Checks which enables tighter integration with production management/reporting tools already embedded in the pipeline.

"With Qube!, every aspect of our pipeline that used to slow down our artists is now being handled automatically by our processing farm,” said Dave Lajoie, R&D Director at Digital District. "The productivity gains we've seen lead to extra creative iterations, and that helps us substantially improve the final quality of our projects."

SIGGRAPH 2014 will also be the official premiere of a new licensing option that directly benefits the design community. The "Qube! Designer” package will drop Qube! Worker license prices for design firms running one render job per host to $100 including one-year subscriptions (sold at minimum of 5 seats), which is nearly half the price of competitive solutions. Qube! Designer is a fully functional version of Qube! intended for designers who primarily use Autodesk 3ds Max and/or Adobe After Effects.

After the show, render enthusiasts are invited to talk with PipelineFX and other like-minded industry professionals at PipelineFX’s “Render Management Social.” This event will be held at Tap & Barrel (located next to Vancouver Convention Center) from 5:00 p.m. – 7:00 p.m. on Wednesday, August 13, 2014.

“SIGGRAPH offers us an opportunity to come together as a community and address where we are and where we want to go next,” said Richard Lewis, CEO of PipelineFX. “We believe making render pipelines more efficient is how artists get more work done and studios use less resources. We are already seeing more and more people come to this way of thinking and taking a really hard look at render productivity.”