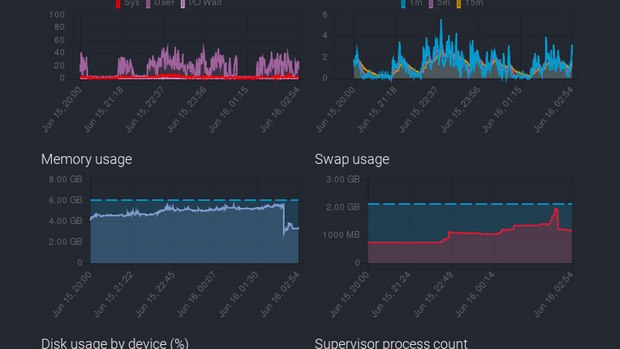 LOS ANGELES, CA -- PipelineFX has released Qube! 6.10, the latest update to the leading render farm management software for visual effects. With the help of beta testers at Method Studios, RodeoFX and Qvisten Animation, PipelineFX has added new features for studios that need to render, report and automate in the cloud and on-premise.

For the first time, Qube! reporting will be available online. Accessible through the metered licensing website, these by-the-minute reports will provide users with actionable data on how the Supervisor is doing at any given time. With an initial focus on operations and stability, the graphs will reveal site stress, distribution rates and other data points that help wranglers reallocate and troubleshoot.

“Our metered licensing site is quickly becoming a full-service portal for our clients,” said Richard Lewis, CEO of PipelineFX. “With cloud use on the rise, a one-stop shop for licensing and reporting is of growing interest to studios who see the value in cloud rendering, but want remote access to pipeline intelligence as well.”

For an added benefit to cloud providers, the PipelineFX team has also developed the Partner Licensing Daemon, a new codebase in Qube! 6.10 which will provide the foundation for easy cloud integrations. With optimizations for Google Cloud Platform, Amazon’s AWS and Microsoft Azure, Qube! 6.10 now integrates with several major cloud solutions, allowing for more dynamic render farm management for visual effects.

Customers currently on maintenance and support can download version 6.10 immediately from the PipelineFX FTP site. Monthly subscription licenses are $15/mo. Qube! metered licensing is 10 cents/hour, and only available after a user’s perpetual and/or subscription Qube! licenses are used up.