New 2D-animated series will be based on the ‘The Nut Job’ franchise, which has made $120 million at the international box office. 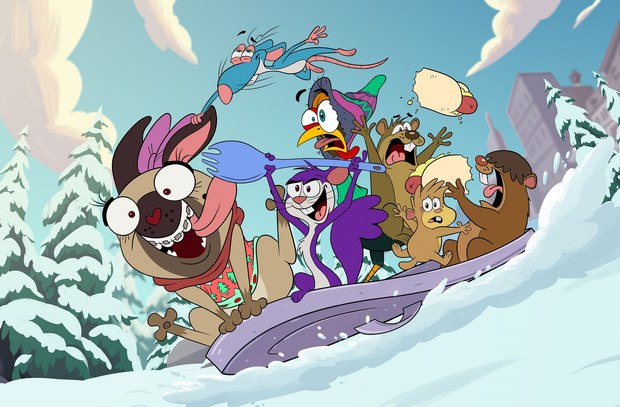 As part of the agreement, which follows last year’s multi-year co-development deal between the two companies, Pipeline and Toonbox will work hand-in-hand to develop and co-produce a slate of animated content both original and also based on their most recognized brands. Included in this transaction, a television series is set for production and will launch first out of the gate. Their first project is Nut Jobs, a 2D-animated series for kids ages 6-11 based on The Nut Job, the hit animated feature film franchise that took in $120 million at the international box office. The production companies have been working in development on the series and have tapped Emmy Award-winning industry veteran and Grant Moran to spearhead these efforts. Moran, who will serve as the showrunner for the TV series, previously served as Executive Director in Charge of Production at Nickelodeon.

“After reviewing the possible strategic partners across the globe to help us create a successful series slate, we are excited to say that Pipeline Studios is a perfect fit with a long line of successful productions and a track record of producing award-winning animation with their state-of-the-art facilities,” commented Toonbox Entertainment CEO Hong Kim. “They possess the same values that we have as a family content producer. We’re honored to work with them to expand both our brands.”

“We’re thrilled to announce this partnership,” added Pipeline Studios CEO Luis Lopez. “We are bringing two world-class teams together to develop and produce a library of hit shows and movies that can be delivered on all platforms. This is an exciting new phase for our companies bringing mutually beneficial synergistic opportunities, both our companies will continue to enjoy sustainable growth as a result of this alliance.”