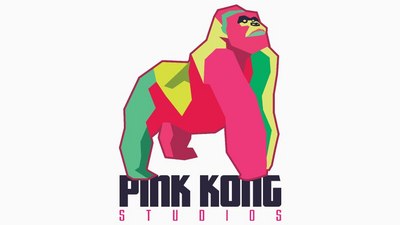 DUBLIN, IRELAND -- Ireland's first all female led animation studio is challenging gender norms in animated entertainment. Dublin based Pink Kong Studios, was co-founded in 2014 by creative director Aoífe Doyle and producer Niamh Herrity with a desire to create exciting properties with a particular focus on action adventure brands for girls, something the duo feel has been lacking in the past.

“We're looking to inspire and engage the next generation of girls, with strong female characters they can identify with,” says Doyle. “It's great to see things being shaken up and shows like Steven Universe and Star V's the forces of Evil do so well.”

“It just goes to show that audiences are ready for something a little different,” added Herrity. The studio has recently completed the proof of the concept trailer for their latest property, Rova-Novas.  The show is about an elite alien team who are the protectors of Earth's puppies. Pink Kong received development funding from the Irish Film Board/Bord Scannán na hÉireann.

"There is great support in Ireland for animation and we hope this continues so we can grow and scale internationally, it's fantastic to be able to bring our ideas to the global stage," says Herrity.

In the last year since launching, Pink Kong Studios has worked on a number of short films.  Their award winning short film Meanwhile on the Train, directed by Aidan McAteer premiered in the Galway Film Fleadh during the Summer. Other shorts include work created with charities to highlight women's issues. Recent work includes a short video for Trócaire, with the goal of empowering women in the developing world and another created for Ovarian Cancer Ireland that is designed to educate women around the world about the signs and symptoms of Ovarian Cancer. These videos have gone global reaching over 130 countries and being played over 200k times.

"It is great to work on these types of projects for good causes, and get our name out there. We have been given creative freedom which is important. It enables us to make our stamp among some of the leading animation studios in Ireland and the World," says Doyle.

With both founders holding Black Belts in Martial Arts, Herrity hints that the next property may focus on the subject, “Team Kong definitely has some Kick-Ass properties in development. Watch this space.”