Fifteenth international conference and festival of contemporary character design and art runs May 8-12. 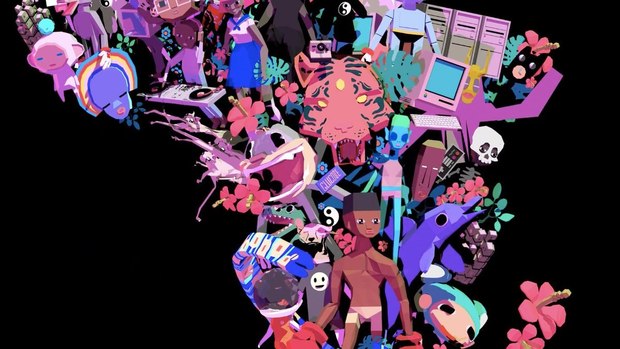 Jeron Braxton’s Sundance-winning short film short film ‘Glucose’ investigates the history of sugar as the engine of the slave trade.

BERLIN -- This May, the 15th Pictoplasma Berlin Festival is set to present an all-new selection of trailblazing and trendsetting character design and art -- and provides a stage for artists to share their ideation processes and working methodologies. International creators and producers from illustration and animation, game design and graphic arts, meet for a central conference to exchange strategies for the future of figurative aesthetics, while the wider festival invites the public to delve into emerging worlds. Many of the participating artists present their work in gallery exhibitions throughout the city; cutting edge animation screenings light up the big screen; and performances bring characters face to face with audiences.

Participation in the three-day Pictoplasma Conference, which runs May 8-12, requires prior online registration, available for €290 at conference.pictoplasma.com/registration. Student and group discounts are available. Tickets for the festival’s animation screenings will be available at the box office of Kino Babylon Mitte. Entry to all exhibitions is free of charge.

To celebrate the 15th anniversary of the festival, a central installation will focus on the power of abstract characters to trigger what we perceive as interaction -- shifting the conversation away from the hype of AI and seamless immersion towards an investigation of what happens in the charged space between the viewer and the viewed. Held in Silent Green, a former crematorium in Wedding that hosted Pictoplasma’s group show back in 2015, this exhibition moves deep underground into the vast and freshly refurbished Concrete Hall that opens as brand-new arts space in 2019.

The festival’s animation section will screen more than 100 selected short films in four programs, with most of the filmmakers present to discuss their work in Q&A sessions. The selection will include new narratively and stylistically outstanding shorts, music videos and experimental films that have been produced by international studios or independent filmmakers. The deadline for submissions is February 15, 2019. For additional details, visit conference.pictoplasma.com/animation.

Additionally, leading up to the festival, Pictoplasma invites international illustrators, designers and animators to join a new Call for Entries and turn universal emotional expressions into #CharacterReactionGIFs: anger, fear, sadness, disgust, surprise, anticipation, trust, or joy. The open call aims to reintroduce attitude, character, empathy and nonverbal gesture into our overheated social media feeds and end deplorable ALL-CAPS Whataboutism and the trolling avalanche of opinionated Internet acronyms in style: with emotional, poignant statements that perfectly sum it all up and leave nothing more to say. A selection of entries will be presented at the festival in a curated installation, with three participants selected receive a free festival and conference pass granting full access to all lectures, workshops, screenings, exhibitions, presentations and parties. For more information, visit pictoplasma.com/call-for-entries.

The full artist lineup and all details on the exhibitions, performances, parties, and screening programs will be announced in early March.