Shudder and IFC Midnight are putting the visionary creator’s long-awaited labor of love into cinemas this month prior to its streaming debut. 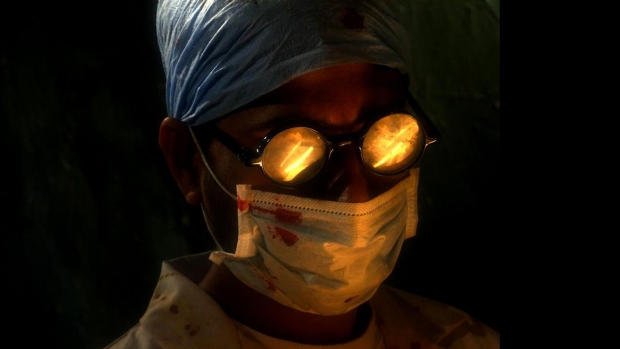 According to a Facebook post from the studio, Mad God will hit theaters Friday, June 10 ahead of its Thursday, June 16 streaming premiere on Shudder. The film will expand to more theaters nationwide starting on Friday, June 17. (Screening locations will be updated regularly on the film’s website.)

Tippett - a visionary force behind many iconic cinematic characters, including Star Wars’ Jabba the Hut, Jurassic Park's T-Rex, RoboCop's ED-209, and more - spent 30 years making Mad God. The studio first described it as “a mature film crafted from techniques and technologies that span the history of cinema… set in a Miltonesque world of monsters, mad scientists, and war pigs.”

When Shudder released the official trailer for Mad God in May, it shared a synopsis detailing more of what's in store from the writer-director:

"A corroded diving bell descends amidst a ruined city, settling down upon an ominous fortress guarded by zombie-like sentries. The Assassin emerges to explore a labyrinth of bizarre, desolate landscapes inhabited by freakish denizens. Through unexpected twists and turns, he experiences an evolution beyond his wildest comprehension.”