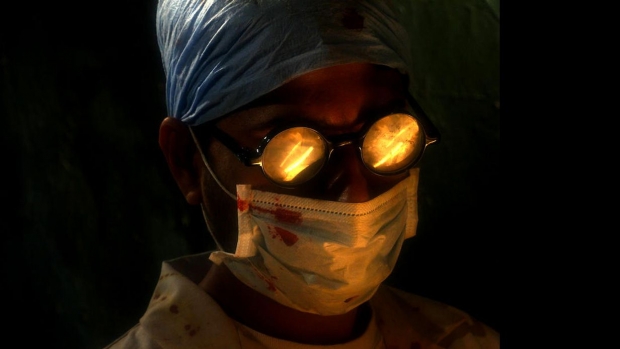 The highly anticipated, absolutely gnarly trailer for Mad God has finally been released for public consumption. An experimental stop-motion film created by VFX legend and Oscar winner Phil Tippett, this wild fever dream has been 30 years in the making.

AWN has been following its evolution for years (see our 2014 trailer coverage), and in an exclusive interview soon to be published, Tippett talks about his struggles making this dream a reality.

“Years ago, when I was working at Hollywood, I could pretty much get into any studio. I would develop ideas and come up with scripts and work with writers to develop and pitch them. You'd always get two minutes in and realize that they had no interest. I did that for the better part of 10 years and totally failed. And at some point, my buddy who wrote Starship Troopers and RoboCop said, 'Well, that's because your stuff is art, Phil, and nobody wants to pay any money for art films.' And so, I realized that he’s right. And that's when I started thinking about if I'm going to do this, I'm just going to have to do it myself.”

In 2012, after the film sat on a shelf for 20 years, artists at Tippett Studio implored Tippett to revive Mad God. So, he did. Tippett ran Kickstarter campaigns in 2012 and again later in 2014 to raise the necessary funds to direct his film, while mentoring a new generation in traditional stop-motion animation and creature fabrication. Incorporating footage shot years before the explosion of CGI projects with footage shot by a new crew using new puppets, environments, and in-camera effects, work began on finishing the film. The crew was made up entirely of volunteers, including artists from Tippett Studio, students from local art schools, and industry veterans. With all this incredible footage, they also created the first stop-motion VR experience, which you can read about on AWN.

The trailer is a slimy, gritty odyssey and frankly, I have no clue what is happening. It’s reminiscent of a The Nightmare Before Christmas for damaged adults. Take a look… if you dare!

Tippett is an absolute VFX and stop-motion creative genius, producing legendary work on films like the original Star Wars trilogy, Jurassic Park, and RoboCop to name but a few. We are excited to see the final Mad God release that has taken over three decades and a lot of love to create.