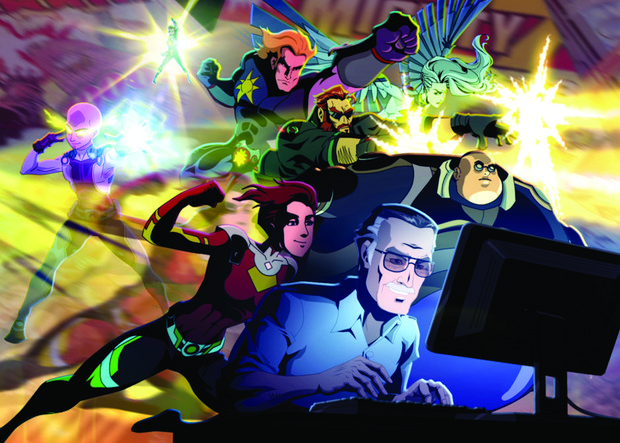 The trilogy will air later this year on ABC3, ABC TV Australia’s destination children’s channel. ABC3 is aimed at school-aged children and broadcasts a wide variety of Australian and international programs to cater to all interests and age groups.

In the ninety-minute movie, Lee is an animated version of himself, a legendary superhero creator, who teaches a crew of alien prisoners and their jailers, who have crash-landed on Earth, how to work together and use their powers to be superheroes. Each alien superhero has his or her own unique powers and strengths, which aid in the group’s ability to combat enemies.

“Australia is a great market for this property and ABC3 is the perfect fit,” said Guillaume Soutter, co-founder, PGS Entertainment.  “Of course, Stan Lee has fans around the world, but viewers will be particularly excited to see this new trilogy of movies starring Stan himself!”