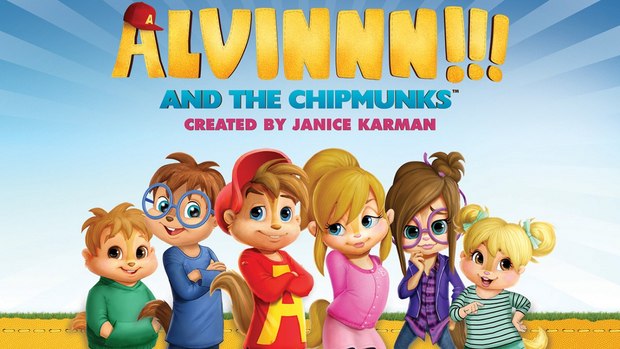 Cannes, France --  Bagdasarian Productions’ highly anticipated new series, ALVINNN!!! and The Chipmunks, is continuing its winning sales streak.  International brand manager PGS Entertainment, which represents the series around the world, excluding the U.S. and France, has secured a licensing deal for two seasons of the series (104 x 11 min) with Brazilian satellite giant, GLOBOSAT for Pay-TV.

ALVINNN!!! and The Chipmunks, is written, produced, voiced and directed by Janice Karman. She and her husband, Ross Bagdasarian,are the owners of the Chipmunks franchise and producers of the previous 80‘s hit TV series and three blockbuster Chipmunks movies. The series is produced in collaboration with OuiDO! Productions and was commissioned by M6. ALVINNN!!! and The Chipmunks will debut on GLOBOSAT’s Gloob channel across Brazil and be supported by an extensive marketing campaign, including both on air and print campaigns.

“The Chipmunks is a strong brand worldwide with great values associated with the characters and the story. We believe it will engage and enchant the audience and that’s why we will launch a communications strategy to achieve high visibility and encourage kids and families to sample the series,” said Luciane Nane, Head of Marketing at Gloob. “Our campaign will include press efforts, events and digital products, ads on Gloob and Globosat channels, digital media, and games and activities on our website. We are very positive about the success of ALVINNN!!! and The Chipmunks on Gloob!”

“ALVINNN!!! and The Chipmunks represents a number of values that Gloob also stands for, which made us believe from the start that the series would be right at home on our channel,” continued Paulo Marinho, Gloob’s director. “It combines fantastic production quality with a captivating story that our audience won’t be able to resist!  We want to reach out to parents, who already know and love Alvin and the crew, and encourage co-viewing with the whole family. The intelligent humor and delightful music of the series is a winning combination that pretty much guarantees both boys and girls will love it. We know the series will become a worldwide success and that Brazilian fans will relish seeing The Chipmunks again!”

“Broadcasters’ initial interest in the series is driven by the fact that this is a billion-dollar franchise,” said Philippe Soutter, President, PGS Entertainment. “Then, once they have a look at the incredible, feature film quality look of the series, they are absolutely sold. We have been very proud to represent this series around the world and thrilled with the global response so far.”

PGS, which also manages the licensing and merchandising for ALVINNN!!! and The Chipmunks, previously announced a broadcast licensing agreement for two seasons of the show with Nickelodeon for more than 70 Nick channels around the world, as well as sales with Super RTL in Germany and Atresmedia Televisión in Spain.