OuiDO! Productions partners with Sekiguchi to produce a new Monchhichi series which will be distributed globally by PGS. 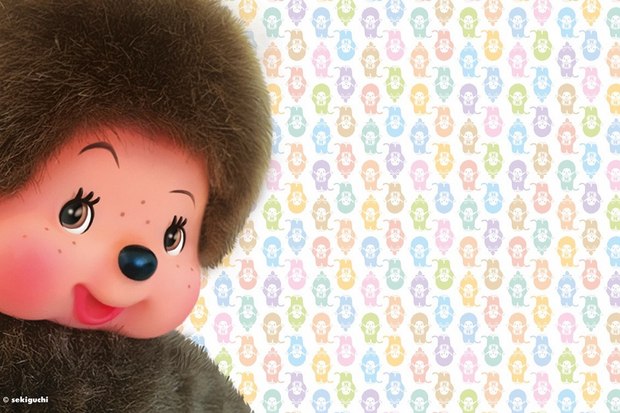 Hong Kong -- Monchhichi, a brand that became global phenomenon 40 years ago, is set to warm the hearts of a new generation of fans in an all-new TV series.  The new series will be produced by OuiDO! Productions (ALVINNN!!! and The Chipmunks, Sonic Boom), which will work closely with Sekiguchi, creators of Monchhichi, to develop an animated series based on the original Japanese brand. PGS, known for representing iconic properties such as The Little Prince, Playmobil’s Super 4 TV series and The Jungle Bunch, has acquired all international media distribution rights to the show. IPL and Sekiguchi have all merchandising and licensing rights to the franchise around the world.

Nearly 100 million fans around the world have been raised with Monchhichi.  First introduced in 1974 as a lovable plush toy, Monchhichi won over fans for decades and generations, uniting a broad audience ranging from children of all ages, both boys and girls, to young adults. Today, more than 70 million toys with accessories have been sold in over 40 countries.

Now, for the first time in 31 years, Monchhichi will return to TV in a brand-new animated series for kids age 4 to 7.  Each 11-minute episode takes us into the Monchhichi’s world and their duties, which include creating and protecting sweet dreams for all of the children of the world. The series is being developed in collaboration with Crandall Consulting, a research and consulting firm focused on improving the educational quality of entertainment for kids, in order to create a magic world that will enrich children’s lives in a safe environment.

“Monchhichi is still delivering the same message of peace and love and will always be here to share his owner’s joys and sorrows,” said Koichi Sekiguchi. “The new animated series will help Monchhichi to pursue his mission and OuiDO! Productions and PGS are the right partners to make it happen.”

“As a comforting character for the youngest children and a nostalgic reminder for the older age groups, Monchhichi is an iconic character full of emotions and memories,” said Sandrine Nguyen, Executive Producer, OuiDO! Productions. “We are very proud to be participating with Sekiguchi in his new adventure and with our long-time partners at PGS to introduce the new series to the world.”

“Monchhichi has been a household name for three generations of fans around the world. It was developed and is widely recognized as a positive, caring and aspirational hero. Amazing animation and beautiful stories are in the works with a lot of fun and we can’t wait to be introducing the show to our international partners,” said Guillaume Soutter, President, PGS HK. “We are excited to be teaming up with OuiDO! again and Sekiguchi to roll out internationally the next big hit for the upper preschool market.”

PGS will introduce the new Monchhichi to international buyers for the first time at Mip Jr./Mipcom. The PGS stand is #P-1.N2 in the Palais des Festivals.