PGS Lands Asian Deals for ‘Jungle Bunch to the Rescue’ 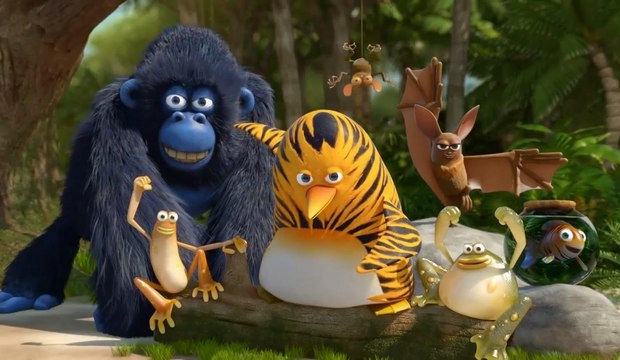 HONG KONG -- TAT Productions and Master Films’ The Jungle Bunch to the Rescue! is continuing its global safari with media licensing deals being signed in several Asian territories.  PGS, international brand manager for The Jungle Bunch to the Rescue, has announced that Thai TV3 and TIGA Home Video have acquired the series rights in Thailand, as well as NTV7 in Malaysia, MNCTV in Indonesia and Green Narae Media in South Korea.

The Jungle Bunch to the Rescue! is already available in 180 territories via licensing deals with such broadcasters as France 3, Rai, Clan TVE, ABC Australia, Super RTL, and many more. Boomerang will expand this global pay TV footprint by adding the series on its channels in Europe (UK, France, Benelux, Italy, Nordics and Eastern Europe) and Southeast Asia (including but not limited to Philippines, Brunei, Cambodia, China, Hong Kong, Mongolia, Laos, Macau, Vietnam and Taïwan).

“The Jungle Bunch has been so well received all around the world that it’s destined to become a classic,” said PGS head Guillaume Soutter in making the announcement. “We’ve seen an incredible amount of enthusiasm especially here in Asia. The quality of the animation and stories are real stand-outs.”

The Jungle Bunch is the winner of seven international kids programming awards, and was nominated for the prestigious Kids Emmy Award (twice in 2013 and in 2014) and for two 2014 categories by Kidscreen.  Most recently, PGS garnered the Prix Export Award by TV France International for the sales strength of the global franchise. PGS holds all distribution and licensing rights to the franchise and also manages the global licensing program outside of the US.

The Jungle Bunch is produced by TAT Productions and Master Films and commissioned by France Télévisions and Super RTL.