PGS Hits Distribution Landmark for ‘Alvinn!!! and the Chipmunks’ 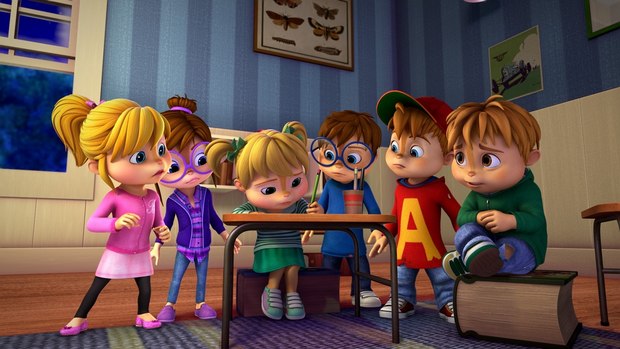 Paris, France -- 19 November, 2014  International brand manager PGS Entertainment has hit a licensing milestone for the new ALVINNN!!! and The Chipmunks animated series.  Created by Janice Karman, produced by Bagdasarian Productions and OuiDO! Productions, and commissioned by M6, PGS has secured 100% of the Pay and Free TV carriage available in continental Europe since introducing the property to international broadcasters last year.  Most recent licensing deals include K2 in Italy, RTBF/OUFtivi in Belgium, and Sic in Portugal.

“We are excited to see so many partners coming on board and are anticipating a phenomenal debut in 2015,” said Philippe Soutter, president, PGS. “The overwhelmingly positive response is a testament to the strength of the Chipmunks brand and the amazing series that this is. None of this would have been possible without the creativity and dedication of Janice Karman and Ross Bagdasarian. Clearly, The Chipmunks return to television is destined to be another big success for the franchise.”

Other recent European deals include Super RTL Germany, Neox in Spain and Nickelodeon for all Pay TV rights, excluding North America and Brazil.  Brazilian rights were recently snapped up by satellite giant GLOBOSAT, which licensed all 104 episodes of the series for its kids Pay-TV service Gloob.

ALVINNN!!! and The Chipmunks, is written, produced, voiced and directed by Janice Karman. She and her husband, Ross Bagdasarian, are the owners of the Chipmunks franchise and producers of the previous 80‘s hit TV series and three blockbuster Chipmunks movies.   This new version of the classic franchise features all-new adventures for the Chipmunks and Chipettes, as well as a new original song from Bagdasarian Productions in every episode.

At MIP Jr. this year, ALVINNN!!! and The Chipmunks was once again among the top kids properties screened by international buyers.

PGS, which also manages the licensing and merchandising for ALVINNN!!! and The Chipmunks, represents the series around the world, excluding the US.