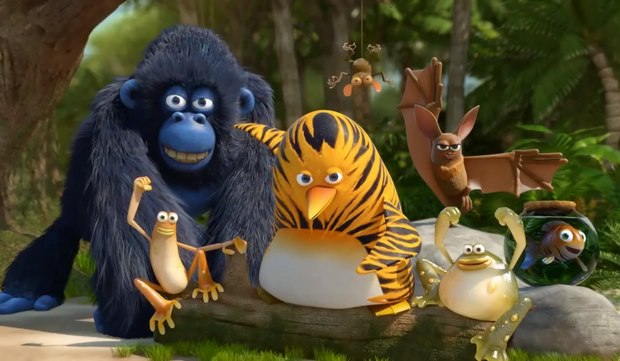 Paris -- International brand manager PGS Entertainment has struck a deal with DLA, a leading provider of entertainment content on SVOD in Latin America, to license several of the animated series it represents. Included in the deal are TAT Productions’ and Master Films’ The Jungle Bunch to the Rescue!; Method Animation’s Chaplin & Co; Method, DQ and Marvel’s Iron Man: Armored Adventures; and Studio Hari’s Leon and Gees.

“Leading SVOD platforms have had an increasing need for premium, iconic franchises for kids and family,” notes PGS Entertainment co-founder Guillaume Soutter in making the announcement. “By representing some of the leading brands and latest productions, we look forward to great success on DLA.”

“The quality and variety of the titles included in this agreement round off a robust offering of animated content that gives our subscribers access to a highly differentiated, quality product,” said Pablo Iacoviello, Vice President of Acquisitions at DLA.

The Jungle Bunch to the Rescue! (104x11’) is the winner of seven international kids programming awards, and was nominated for the prestigious Kids Emmy Award (twice in 2013 and in 2014) and for two 2014 categories by Kidscreen. Most recently, PGS garnered the Prix Export Award by TV France International for the sales strength of the global franchise. Jungle Bunch is already available in 180 territories via licensing deals with such broadcasters as Boomerang, France 3, Rai, ABC Australia and Super RTL. PGS holds all distribution and licensing rights to the franchise and also manages the global licensing program outside of the US. Produced by TAT Productions and Master Films and commissioned by France Télévisions and Super RTL.

Iron Man: Armored Adventures (52x30’) is a new take on the favorite superhero. For the first time, Tony Stark is seen as a teenager, making him easier for kids to identify with.

Chaplin & Co (104x6’ or 26x26’) features a silent-film-era character as a kid trapped in an adult’s body and experiencing all the antics, mistakes and sense of fun as his classic namesake. Produced by Method Animation, Bubbles, MK2, DQ and Fabrique d’Images, with the participation of France Télévisions and Rai Fiction.

Leon (52x3’) is a classic series of CGI slapstick shorts, now available in 150 territories and featuring the misadventures of “life’s unluckiest lion.” Produced by Studio Hari.

Gees (52x3’) is another series of shorts featuring friendly but bumbling extraterrestrials. Produced by Studio Hari and Nexus Factory, with the participation of Gulli.