Animal-rights group rewards films for storylines positive to animals and use of CG imagery instead of live creatures. 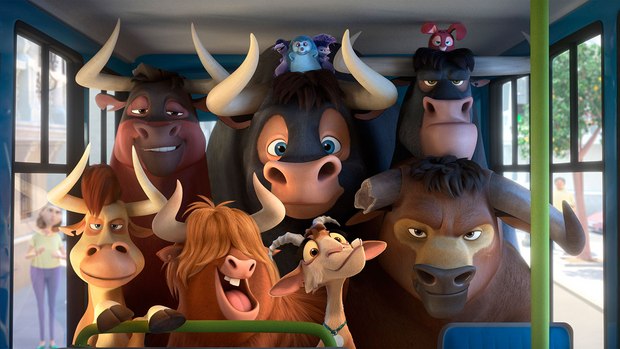 LOS ANGELES -- In the height of awards season, PETA's Animals in Film and Television Division is announcing its first-ever Oscats awards, honoring the movies and stars in 2017 who promoted kindness to animals through positive story lines and the use of computer-generated imagery.

Awardees include Jumanji: Welcome to the Jungle, which won the award for best computer-generated imagery for creating a 100 percent digital jungle of realistic animals, and Ferdinand, which won the best animated film award for its delightful creation of the titular character -- a kindhearted bull who doesn't belong in the ring. Star Wars: The Last Jedi was a double winner, nabbing both best live-action film and best original screenplay for standout moments such as Finn and Rose's liberation of fathiers used for racing and Chewbacca's choice not to eat a porg.

Best actor was a tie between Andy Serkis for his brilliant portrayal of Caesar in War for the Planet of the Apes and Doug Jones, whose performance in The Shape of Water captured the despair felt by those who are abused and kept chained, while Frances McDormand won best actress for the tender moment in Three Billboards Outside Ebbing, Missouri when she comes to the rescue of a bug who's stuck on his back.

"From animal rights messages in sci-fi blockbusters to motion-capture performances that kept live animals off film sets, Hollywood was kinder than ever in 2017," says PETA Senior VP Lisa Lange. "PETA's Oscats honor the people and projects that helped audiences see all animals as sensitive beings who deserve our respect."

PETA -- whose motto reads, in part, that “animals are not ours to use for entertainment” -- also awarded Oscats to Guillermo del Toro for best director, Ryan Gosling for best costume, and What the Health for best documentary. Okja won Pigs' Choice, and PETA's Pick was a tie between Darren Aronofsky's mother! and Greta Gerwig's Lady Bird. The full list of winners is available here.