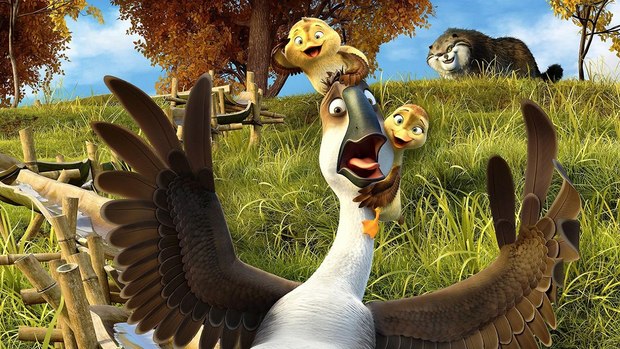 Veteran animation executives Penney Finkelman Cox and Sandra Rabins are exiting Original Force Animation, according to a report by Variety.

Finkelman Cox and Rabin are both credited with building start-up operations at DreamWorks Animation and Sony Pictures Animation, where they helped bring animated features such as Shrek, Prince of Egypt, Cloudy With a Chance of Meatballs, Open Season and Surf’s Up to the big screen.

This latest move comes two years after helping the Chinese CG animation studio expand into Hollywood with its first comedy feature, Duck Duck Goose, which is set for release by Open Road Films on April 20, 2018.

“Launching Original Force Animation was a true global effort and we can’t wait for audiences to finally have the chance to see and appreciate the artistry behind Duck Duck Goose, which is a very special film,” the duo told Variety. “With Original Force up and running with a strong team in place, we chose to transition back to what we love most, which is producing high quality family projects.”

In a message to staff, Original Force CEO Harley Zhao said the duo would be working with the studio on the upcoming animated feature, Ten Lives:

“I would like to thank Penney and Sandy for their creative leadership, vision and tenacity in turning Original Force into a first class international animation company,” Zhao said. “Having launched us from our start-up phase and seen us through the delivery of our first film, Sandy and Penney will be following their passion and returning to their roots as producers. They will continue to be key creative partners with us at Original Force as they produce our next animated feature, Ten Lives.”

Zhao will continue to lead Original Force in the creative decision making process; Nina Bass will be responsible for the day-to-day studio operations, and David Orecklin will continue to serve as vice president of production.

Original Force was first launched in 1999 to provide state-of-the-art animation for television and gaming clients, including Disney, DreamWorks Television, Sony, Tencent, Activision and Electronic Arts. The studio moved into feature production in 2015 with the opening of its Los Angeles operation.