Promotion puts executive in charge of the China-based studio’s growing slate of animated features as head of development. 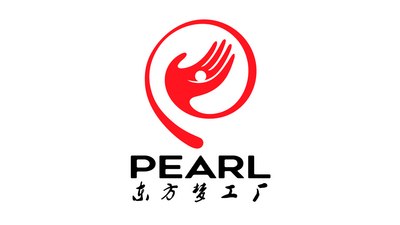 Justinian Huang has been named head of development for Pearl Studio.

In his new role, Huang will be responsible for overseeing Pearl's development team, as he continues to build and expand upon Pearl's diverse and robust development slate.

Pearl's slate includes more than a dozen active projects. The most-recent newest addition is Tiger Empress, which sprang from an idea originally developed by Huang. Tiger Empress is the story of a young tigress who grows from the obedient daughter of a Tiger Mom into a transformational leader when a prophecy convinces her that she's the only one who can save their kingdom. Tiger Empress will be written by the Tony Award-winning David Henry Hwang (M Butterfly, The Affair). Huang is based in Shanghai and reports to Chief Creative Officer Peilin Chou.

Huang joined Pearl, formerly known as Oriental DreamWorks, as a creative executive in 2015. He was part of the team that developed Pearl's upcoming Abominable, directed by Jill Culton, and Over the Moon, directed by legendary Academy Award-winning animator Glen Keane. Both films as well as their acclaimed filmmakers will be highlighted next week during Pearl’s studio focus spotlight session at the Annecy International Animation Festival in France.

Prior to joining Pearl, Huang was a development executive at Lynda Obst Productions, where he assisted Obst with early development for Christopher Nolan’s Interstellar, as well as Ricky Gervais’ The Invention of Lying. He also worked in development for Bob Cooper at Landscape Entertainment, as well as for Gary Ross at Larger Than Life Productions.

Huang also established his own company, Faded Film, which landed a deal with Lionsgate for him to executive produce the first-ever U.S. documentary series featuring an all Chinese-American cast.

Born in Los Angeles to Chinese immigrants, Huang’s first job was on the Paramount lot as a runner when he was a teenager. He studied English literature at Pomona College and screenwriting at University of Oxford, in conjunction with BAFTA. In addition to Abominable and Over the Moon and Tiger Empress, he will oversee: