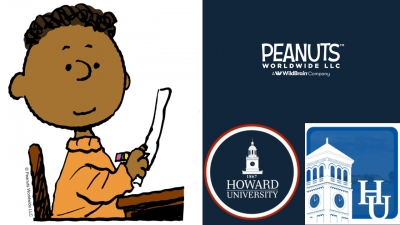 Peanuts Worldwide has launched The Armstrong Project. The initiative establishes $200,000 in endowments at two Historically Black Colleges and Universities (HBCUs), which include an annual scholarship to students studying either arts, communications, animation, or entertainment. Each school will receive $100,000 to establish endowments.

The scholarship will first be awarded during the 2022-2023 school year at Howard University in Washington, DC, and Hampton University in Hampton, Virginia.

As an enhanced scholarship program, the project will also ensure mentorship and internship opportunities for the students with individuals and companies in entertainment fields such as animation, film, and television.

“I’m very excited for the young aspiring artists at these HBCUs whose lives may be changed by Peanuts, just as my life was changed by the inspiration and mentorship of Charles Schulz,” commented Charles M. Schulz Museum board of directors member and cartoonist Robb Armstrong. “Sparky was a thoughtful and generous man who took seriously the hopes and dreams of young people. It is my belief that he would be thrilled by the potential of The Armstrong Project to help young people fulfill their ambitions.”

“It is incredibly moving to me that The Armstrong Project is intended to create positive change in the lives of young Black animators and artists— just as the character of Franklin did so many years ago,” added Jean Schulz, widow of Charles Schulz.

The character of Franklin emerged from a correspondence between Schulz and a California schoolteacher named Harriet Glickman. Glickman wrote to Schulz after the assassination of Martin Luther King, suggesting that the introduction of Black characters into the comic strip could help change the “vast sea of misunderstanding, fear, hate and violence.” After much introspection and consideration, Schulz felt this was a step he could take authentically and introduced Franklin in the summer of 1968, making history in the process.

“Many thanks to Peanuts Worldwide for its investment in Hampton University students and other HBCUs involved in this initiative,” noted Hampton University Chancellor & Provost, Dr. JoAnn Haysbert. “The establishment of The Armstrong Project endowment will ensure our talented and bright students at Hampton studying the arts, communications, animation or entertainment will continue to receive a world-class education for life.”