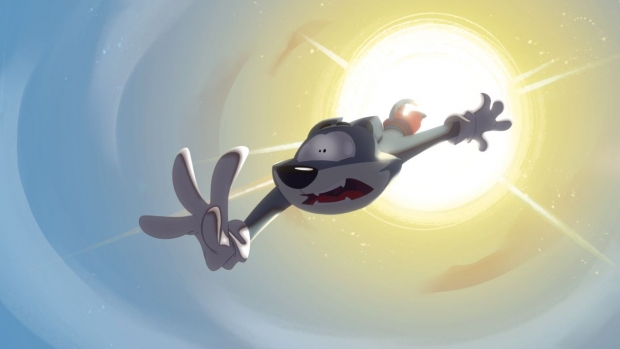 Istanbul-based gaming company Peak has unveiled a new animated film to promote its mobile game Toon Blast, developed in partnership with This Thing of Ours, Waste Creative’s animation studio. The 30-second short sends the game’s stars on tour in the real world.

The game’s characters, Wally, Cooper, and Bruno, take to the streets of a US city in their car, caravanning their way to a disco dance-off, turning heads as they go. But, when they win a trophy, local law enforcement takes note leading the trio to escape back to the Toon Blast world.

This Thing of Ours harnessed a mixture of live-action, soft-shaded frame-by-frame animation, and 3D elements to create the film.

“This was a dream project for me personally - and for the whole This Thing of Ours team,” said This Things of Ours motion director Alex Robinson. “There’s always something magical about putting cartoon characters into the real world. We loved the idea of letting a bunch of Toons loose in the city. What might that look like, and how might they react?” “Visually, we wanted to push frame-by-frame animation to its limits,” he continued. “Soft shading is a more complicated way of coloring characters. Instead of a simple fill in-between the line work, we removed the lines and developed a soft shaded look using a combination of frame-by-frame and compositing, describing the form of the characters, and creating the illusion that they are 3D.”

Robinson concluded, “This kind of brief comes with endless challenges when it comes to production, but seeing the finished product makes it all worthwhile.”

Watch the film and take a ride with Wally, Cooper, and Bruno:

Coffee & TV supported This Thing of Ours on the film’s shoot, grade, and compositing.

Peak launched Toon Blast in 2017 along with Toy Blast. The game soon disrupted the casual puzzle game sector and became one of its most popular games.

Peak’s Performance Marketing Specialist, Özberk Şahin, said, “Toon Blast has been a real game-changer since its launch, and this innovative new film reflects the way it has pushed boundaries in the gaming world. Working with This Thing of Ours, we’ve harnessed a mix of live-action and animation to create something truly original for our community.”

Source: This Thing of Ours