Based on the hugely popular PlayStation games, the comedy series stars Anthony Mackie as John Doe, a motor-mouthed outsider offered a chance at a better life. 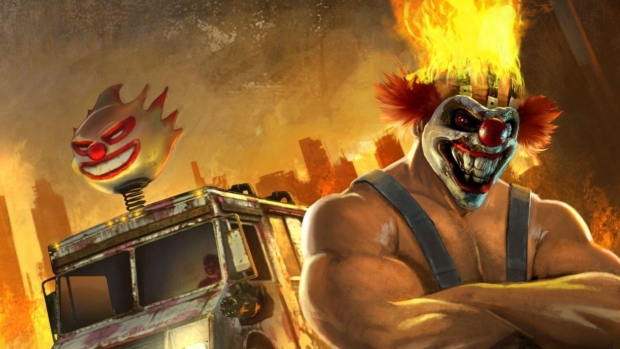 That’s a wrap on season one! pic.twitter.com/XpZLaXq7iK

"That's a wrap on season one," Smith wrote. "The cast and crew of Twisted Metal was something special. Even with lightning delays, extreme heat, and cars that wouldn’t do as they’re told, everyone worked as hard as they could to make sure Twisted Metal kicked as much as possible. The last day of shooting felt like the last day of camp, with lots of laughs, a few tears, and ice cream being handed out the back of Sweet Tooth’s truck. We all cannot wait for you to see this insane thing we spent our summer shooting. Now, to post!"

The half-hour TV series, inspired by the classic PlayStation game series, is based on an original take by Rhett Reese and Paul Wernick (Deadpool, Zombieland) about a motor-mouthed outsider offered a chance at a better life. The series stars Anthony Mackie (The Falcon and the Winter Soldier) as John Doe, a smart-ass milkman who talks as fast as he drives. With no memory of his past, John gets a once-in-a-lifetime opportunity to make his wish of finding community come true, but only if he can survive an onslaught of savage vehicular combat. Mackie also serves as executive producer.

Spearheading the project are Will Arnett and Marc Forman from Electric Avenue (Murderville) who are also set to executive produce. Michael Jonathan Smith (Cobra Kai) will serve as showrunner, writer, and executive producer for the series from Sony Pictures Television, PlayStation Productions and Universal Television, a division of Universal Studio Group.

Twisted Metal does not currently have an official release date. And there’s no news on who’s handling the VFX.