DreamWorks Animation’s all-new original CG animated series about Viking twins Dak and Leyla, rescued and raised by dragons, and their exciting adventures protecting and defending their winged friends and family, premieres on the streamer November 24. 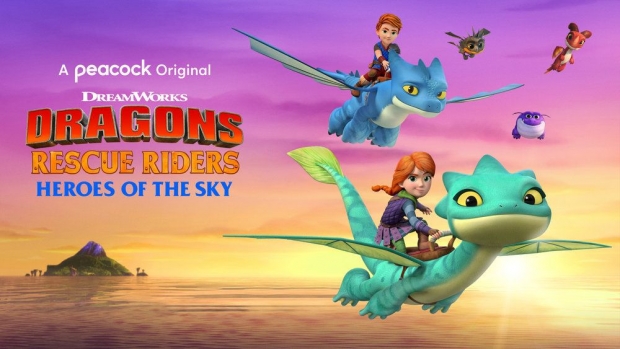 The series is set in a faraway corner of the Viking and Dragon world, where we find the adventures of the Viking twins Dak and Leyla. Rescued and raised by dragons, the twins grow up learning to speak the dragon language. Along with young dragons Winger, Summer, Cutter and Burple, the young Vikings defend and protect other dragons on exciting adventures around their home of Huttsgalor.

Dare we say, it’s Vikings and Dragons… oh my!