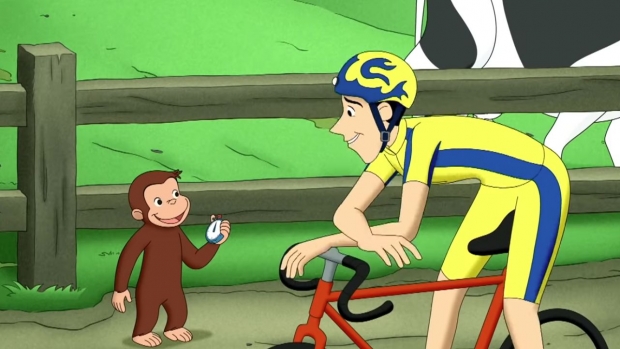 Peacock has announced the expansion of their original kids’ programming with Curious George: Go West, an original movie, premiering September 8. “Curious George” was first introduced as children’s literature in 1941 by Margret and H.A. Rey and remains one of the most beloved classics of all-time. Later made into an animated series targeting preschool viewers, it follows the adventures of everyone’s favorite monkey and his insatiable curiosity, bringing delightful antics, gentle humor, and heartfelt emotion to each fun-filled episode. Peacock will be home to a robust Curious George Collection including several films, seasonal TV specials and multiple seasons of the popular series.

In Curious George: Go West, Curious George is back in the saddle and ready for adventure when together with Ted they travel to Cousin Ginny’s farm for a relaxing outdoor weekend. But, plans take a turn when her farm animals escape into the wild blue yonder. With the help of Emmett, a friendly farmhand with cowboy dreams, the group sets out to track the herd through the countryside, camp outdoors, fish for their dinner, and stumble into a ghost town! Featuring a spirited new score and original songs, this unforgettable story proves that anything is possible when you believe in yourself.

The film features music from recording artist Yuna including “The Other Side.” This is the first time a Curious George film has a song performed by a female vocalist. Other musical highlights include original songs written by Michele Brourman and Amanda McBroom and score by Germaine Franco. The soundtrack will be released at time of the film release on Peacock. September is Curious George’s birthday, celebrated annually as “Curiosity Month,” and to mark the occasion Peacock is offering even more Curious George programming.

Seasons 10-12, along with select episodes from season 13, are currently streaming on Peacock.