A brand-new season of Emmy Award winner Tony Hale and DreamWorks Animation’s 2D animated comedy, about the misadventures of a curious, loveable chicken who always finds his way back home, premieres October 14. 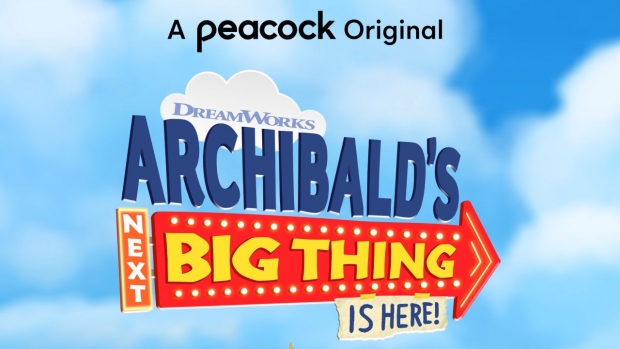 The exuberant, thoroughly unconventional and loveable bright-yellow chicken who stars in Emmy Award-winning actor Tony Hale and DreamWorks Animation’s animated kids’ series, Archibald’s Next Big Thing is Here! is back for Season 4. The Peacock Original drops all six episodes of the new season on October 14.

The show follows the exploits of Archibald Strutter, a simple chicken who “yes-ands” his way thru life. Though living in the moment often leads him astray, Archibald always finds his way back home, to an egg-shaped house in the center of Crackridge he shares with his three siblings, Sage, Finly, and Loy, and his trusty sidekick, Bea.

In the new season, everyone’s favorite eager little chicken is back with more adventures. With his spontaneous, up-for-anything attitude, Archibald continues to find himself in curious situations, from getting trapped inside a video game, to enlarging a baby to the size of a building and accidentally composing the catchiest disco melody ever created. Sometimes his plans go awry, but he always manages to encourage those around him to live in the moment and celebrate everything life throws their way.