Constantin Film apologizes for overt racist dialogue in new action-adventure which alienated the entire Chinese audience and is getting review-bombed to hell. 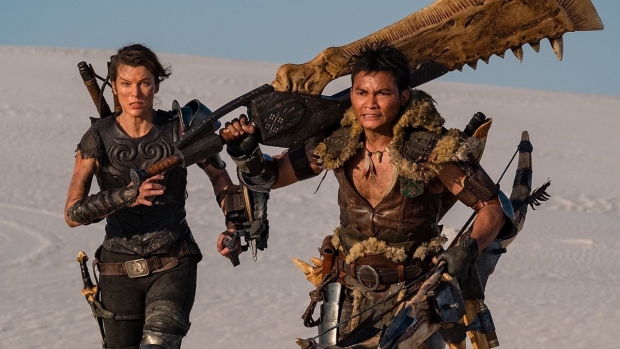 While the rest of the world waited in anticipation for the release of Paul W.S. Anderson’s film adaptation of fan favorite video game Monster Hunter, Chinese audiences were lucky enough to snag an early premiere last week. Unfortunately, 24 hours later, the film was suddenly removed from theatres. Apparently, the film alienated one of its core audiences (and most robust theater-going market) with a joke many perceived to be racist.

According to Variety, “In the scene, a white male character and an Asian character played by Jin Au-Yeung are driving together at high speed. 'What?' says the former. 'Look at my knees!' shouts Jin. 'What kind of knees are these?' asks his companion. 'Chi-nese!' jokes Jin, punning on the word’s last syllable.”

This seems to be a play on a derogatory rhyme towards people of Asian descent that goes, “Chinese, Japanese, dirty knees, look at these.” It seems odd that this “joke” got through China’s rigorous censorship checks, but it may be the final nail in film’s coffin: it was never projected to perform well, and is now getting review-bombed (along with the game!) into oblivion.

A little late to the party, production company Constantin Film has issued an apology: “Constantin sincerely apologizes to Chinese audiences for a line of dialogue contained in an early scene of Monster Hunter. There was absolutely no intent to discriminate, insult or otherwise offend anyone of Chinese heritage. Constantin Film has listened to the concerns expressed by Chinese audiences and removed the line that has led to this inadvertent misunderstanding.”

Even with the removal, we doubt the Monster Hunter team can save the film’s reputation. It seems that the real monster here is racism.