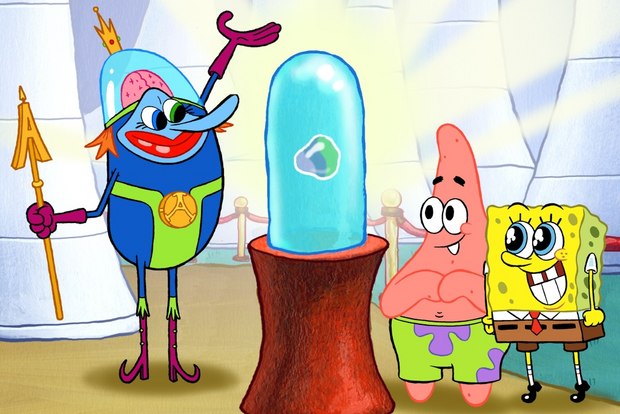 As the world continues to mourn the passing of David Bowie, Paul Tibbitt, the supervising producer and co-executive producer of Nickelodeon’s hit show, SpongeBob SquarePants, shared his memories of enlisting The Thin White Duke to voice a role in the series.

The role was The King of Atlantis, otherwise known as Lord Royal Highness, in the 2007 one-hour ‘Atlantis SquarePantis’ TV special that kicked off season five.

“We wanted a sort of Willy Wonka kind of a character and we thought he would be perfect for the role,” said Tibbitt, who -- like many -- counts Bowie as a childhood hero.

When Bowie agreed to the part, he revealed that he and his daughter were enormous SpongeBob fans and frequently watched the show together. Tibbitt said that, after the recording, he saw Bowie had announced on his website that he had “landed the Holy Grail of animation jobs.”

Tibbitt recorded the voice session with Bowie in Philip Glass's New York studio where the musician -- referred to by his team as “D.B.” -- showed up with a few voice options to choose from.

Reflecting on Bowie's body of work, Tibbitt commented, “I think definitely his theatrical presence was the stuff of animation.” Tibbitt listened to his music from an early age and credits Bowie for introducing him many great musicians and artists.

Nickelodeon has reportedly confirmed that Bowie contributed a song to the upcoming SpongeBob SquarePants stage musical, but any further details are still firmly under wraps.

Check out a (really poorly recorded) promo for the episode in the player below:

You can also watch a clip from the episode here on Nick.com.