Patty Jenkins Claims DC Used Her as a Media Ploy

While one might think the ‘Wonder Woman’ director was hired for her talents and ideas, she claims she was initially hired ‘simply’ because she was a woman. 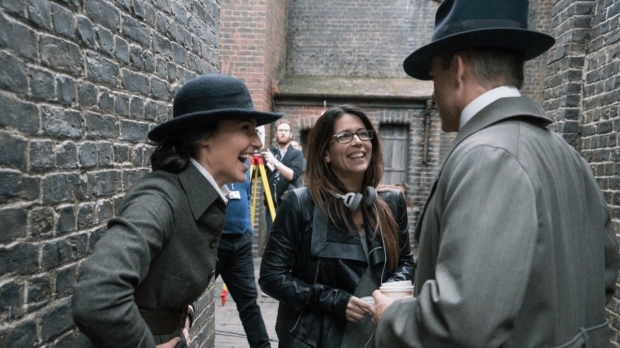 Patty Jenkins recently sat down with the WTF with Marc Maron podcast to speak about her experience as a female DC film director. While one might think she was hired for her talents and ideas, Jenkins claims she was initially hired simply because she was a woman.

The Wonder Woman director reveals, “They wanted me to walk around on set as a woman, but it was their story and their vision. And my ideas? They didn’t even want to read my script. There was such mistrust of a different way of doing things and a different point of view. Even when I first joined Wonder Woman it was like, ‘Uh, yeah, OK, but let’s do it this other way.’”

Jenkins further explains, “They were all freaked out by all the female superhero films that had failed, the smaller ones that had failed, and also Christopher Nolan was making the Dark Knight thing, so I think they were just trying to figure out what they were doing with DC at that time.”

Hiring a woman simply as a symbol that your company is ‘woke’ and inclusive is not growth. From what Jenkins says, her opinion wasn’t trusted for a very long time. Luckily, her voice was eventually heard, and the result was a strong and successful female-led superhero film. However, this news doesn’t put WarnerMedia in the best light, especially after sweeping the Joss Whedon / Ray Fisher / Walter Hamada scandal under the rug.

While Jenkins was initially hired as a media ploy, hopefully the Wonder Woman franchise’s success will encourage other studios to trust more women’s visions as directors in the future.

Check out Jenkins’ Wonder Woman 1984 in theaters and streaming now on HBO Max.