Nickelodeon greenlights an all-new season of the hugely popular ‘SpongeBob SquarePants’ universe spin-off; the 2D animated family sitcom stars the famed starfish in his younger days, living at home, and hosting his own variety show for the neighborhood. 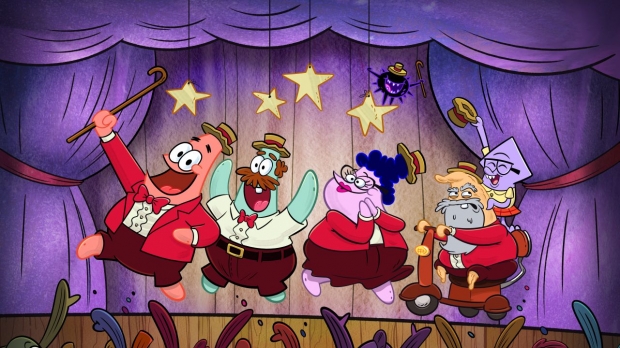 Nickelodeon is picking up a 26-episode Season 2 of its original animated series, The Patrick Star Show. The SpongeBob SquarePants spin-off follows a younger Patrick Star living at home with his family, where he hosts his own variety show for the neighborhood from his television-turned-bedroom. The show is produced by Nickelodeon Animation.

“This next season of The Patrick Star Show will embark upon even more imaginative, colorful and hilarious adventures, diving deeper into the Star family’s daily life and escapades,” shared Senior Vice President, Animation for Big Kids, Claudia Spinelli. “For over 20 years, the beloved Patrick Star has provided humor to fans around the world, and we can’t wait to see what he does next.”

SpongeBob SquarePants launched in 1999 and for 20+ years remained one of the most-watched kids’ animated series, generating a universe of characters, pop culture catchphrases and memes, theatrical releases, consumer products, a Tony Award-winning Broadway musical, and a global fan base. It is the most widely distributed property in ViacomCBS Networks International history, seen in more than 170 countries and territories, translated in 30+ languages. SpongeBob SquarePants was created by Stephen Hillenburg and produced by Nickelodeon in Burbank. The character-driven cartoon chronicles the nautical and sometimes nonsensical adventures of SpongeBob, an incurable optimist and earnest sea sponge, and his undersea friends.