Latest installment of the Google Spotlight Stories series from the Academy Award-winning director of Disney’s ‘Feast’ is now available for both Android and iOS. 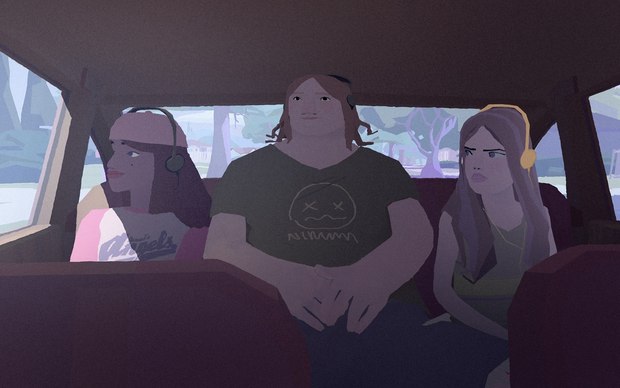 The latest installment of the Google Spotlight Stories series, PEARL breaks new ground in both storytelling and technology, employing the largest amount of shots, sets, and characters, with custom lighting, effects, and interactive surround sound in every shot. The 360-degree interactive version of the film was previewed earlier this year at the Tribeca Film Festival’s Interactive Playground.

Set inside the beloved hatchback that serves as their home, PEARL follows a girl and her father as they crisscross the country chasing their dreams in a story about the gifts we hand down, their power to carry love, and finding grace in the unlikeliest of places. Produced with Evil Eye Pictures, the short is anchored by the original song “No Wrong Way Home,” written by Alexis Harte & JJ Wiesler and performed by Kelley Stoltz and Nicki Bluhm.

Check out the 360-degree video and the trailer:

Osborne graduated in 2003 from Ringling College of Art & Design with a BFA in Computer Animation. At Sony Pictures Imageworks he animated on films including I Am Legend and Surf's Up. In 2008 at Disney Animation Studios he animated on Bolt, Tangled, and Wreck-It Ralph, and acted as head of animation on the Oscar-winning Paperman. Osborne then directed his own short film, Feast, which won the Oscar for Best Animated Short Film in 2015.

Google Spotlight Stories was first introduced in October 2013 as a new form of storytelling made originally for mobile and VR. In these 360-degree, interactive stories, users’ phones become a window to a world all around them; as they move their phones to various scenes, they are able to unlock mini-stories within the story.

A number of artists and studios have participated in the series, including Aardman Animations, Jan Pinkava, Mark Oftedal and the legendary Glenn Keane, whose short film Duet was shortlisted for an Academy Award nomination in 2015. In addition to PEARL launching this week, Shannon Tindle’s On Ice and Aardman’s Special Delivery will also be added to the Google Spotlight Stories app, so all stories will now be available across both Android and iOS.

Need some more? Go behind the scenes of PEARL in a new featurette: