Interactive animated short from Oscar-winning director of ‘Feast’ is set to have its world premiere as part of the ‘Rock and a Hard Place’ shorts program at the Tribeca Film Festival. 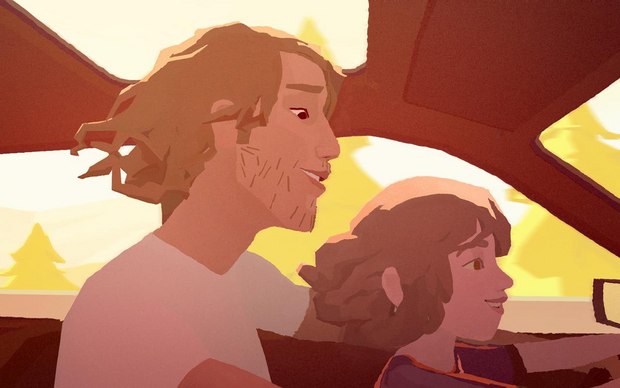 Google Spotlight Stories has announced that Pearl, the new interactive 360-degree animated short from director Patrick Osborne is set to have its world premiere as part of the “Rock and a Hard Place” shorts program at the Tribeca Film Festival.

Set inside their home, a beloved hatchback, Pearl follows a girl and her dad as they crisscross the country chasing their dreams. It's a story about the gifts we hand down and their power to carry love. And finding grace in the unlikeliest of places.

Osborne will be available to demo a preview of the 360-degree interactive version of the film, soon to be available on Android and iOS, at Tribeca's Interactive Playground on Saturday, April 16.

Festival screenings of the 2D theatrical version are as follows:

Osborne graduated in 2003 from Ringling College of Art & Design with a BFA in Computer Animation. At Sony Pictures Imageworks he animated on films including I Am Legend and Surf's Up. In 2008 at Disney Animation Studios he animated on Bolt, Tangled, and Wreck-It Ralph. He acted as head of animation on the Oscar-winning Paperman. Osborne then directed his own short film, Feast, which won the Oscar for Best Animated Short Film in 2015. Spotlight Stories was first introduced in October 2013 as a new form of storytelling made originally for mobile. Given the graphics and sensor power on mobile devices and the quality and ubiquity of increasingly high fidelity screens, we asked how storytelling might change if conceived with mobile in mind from the beginning. And we wanted to do something that felt emotional. Delightful. As a gift to users. Rather than stories made for large screens and shown on small ones, what would the technological advances of mobile offer for new forms of immersive, interactive, 360 stories? And what would happen if engineers and artists made them side-by-side?